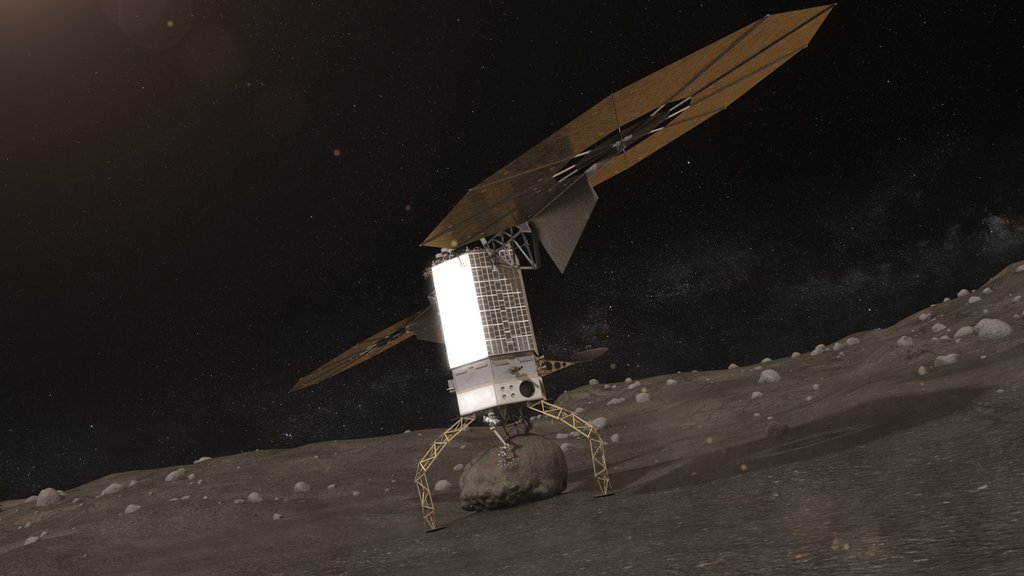 ARRM is part of NASA's plan for using cislunar space, the region between Earth and moon's orbit, as a proving ground for future human spaceflight beyond low-Earth orbit, in support of the agency's journey to Mars.

The acquisition strategy for the ARRM spacecraft will leverage commercially available U.S. industry capabilities to reduce costs and cost risk. The strategy includes procurement of the ARRM spacecraft bus through two phases. The first phase is design work accomplished through studies by U.S. industry working in cooperation with the mission's project office at JPL to support mission formulation. The second phase, to be awarded via a second competition, will include development and implementation of the flight spacecraft bus by one of the study participants.

ARRM is being planned to perform a number of demonstrations including the use of a 20-fold improvement in deep space solar-electric propulsion (SEP) to move and maneuver large payloads; retrieve a boulder up to 20 tons in mass from an asteroid and redirect it to a crew-accessible orbit around the moon; and be a part of integrated crewed and robotic vehicle operations in deep space.