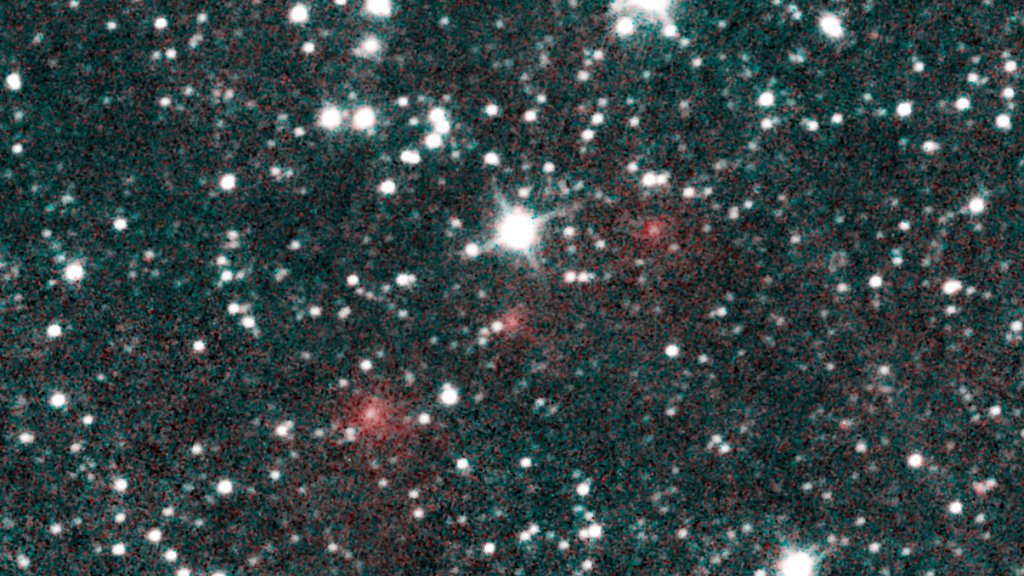 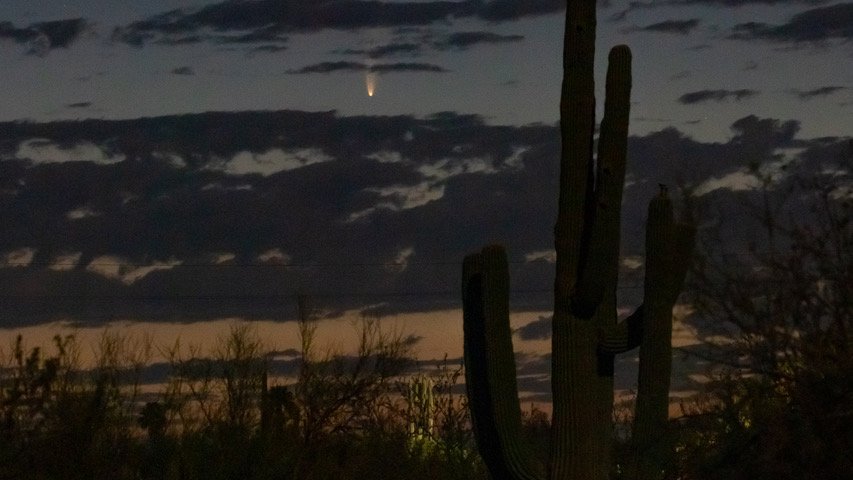 Catch the comet in the morning sky until July 11, after which you can find it just after sunset until mid-August.

Editor's note: Text in the fifth paragraph of this story was expanded to account for when Comet NEOWISE will begin to make its appearance in the evening.

A comet visiting from the most distant parts of our solar system is putting on a spectacular display. Named Comet C/2020 F3 NEOWISE, the comet made its once-in-our-lifetimes close approach to the Sun on July 3, 2020, and will cross outside Earth's orbit on its way back to the outer parts of the solar system by mid-August.

The comet cruised just inside Mercury's orbit on July 3. This very close passage by the Sun is cooking the comet's outermost layers, causing gas and dust to erupt off the icy surface and creating a large tail of debris. And yet the comet has managed to survive this intense roasting.

Observers all over the world are racing to see the natural fireworks display before the comet speeds away into the depths of space. Even the astronauts aboard the International Space Station spotted it from their vantage point high above Earth's atmosphere.

People wishing to catch a glimpse of the glowing comet can spot it as it swings through the inner solar system, but its nearness to the Sun creates some observing challenges.

For the next few days it will be visible about an hour before sunrise, close to the horizon in the northeastern sky in the United States. Observers might be able to see the comet's central core, or nucleus, with the naked eye in dark skies; using binoculars will give viewers a good look at the fuzzy comet and its long, streaky tail. As it speeds away from the Sun, Comet NEOWISE will begin to make its appearance in the evening sky shortly after sunset on July 11 or July 12, depending on local conditions.

NASA's Near-Earth Object Wide-field Infrared Survey Explorer (NEOWISE) mission discovered the icy visitor on March 27, 2020, using its two infrared channels, which are sensitive to the heat signatures given off by the object as the Sun started to turn up the heat.

The spacecraft was launched in December 2009 and was originally named the Wide-Field Infrared Survey Explorer (WISE). WISE was not designed to study asteroids and comets and is now long past its expected lifetime of 7 months. Although incapable of discovering large numbers of near-Earth asteroids and comets, the spacecraft has provided information on their numbers and sizes based on a sample of them and was repurposed for this use in 2013 by what is now known as NASA's Planetary Defense Coordination Office.

"In its discovery images, Comet NEOWISE appeared as a glowing, fuzzy dot moving across the sky even when it was still pretty far away," said Amy Mainzer, NEOWISE principal investigator at the University of Arizona. "As soon as we saw how close it would come to the Sun, we had hopes that it would put on a good show."

The search for asteroids or comets that could potentially impact Earth also expands the science of these primitive solar system bodies. In this case, Comet NEOWISE will pass by Earth at a harmless distance of 64 million miles (103 million kilometers) while giving astronomers the opportunity to learn more about its composition and structure. The NEOWISE mission's infrared data complements images taken at visible-light wavelengths by observers on the ground.

"From its infrared signature, we can tell that it is about 5 kilometers [3 miles] across, and by combining the infrared data with visible-light images, we can tell that the comet's nucleus is covered with sooty, dark particles left over from its formation near the birth of our solar system 4.6 billion years ago," said Joseph Masiero, NEOWISE deputy principal investigator at NASA's Jet Propulsion Laboratory in Southern California.

The NEOWISE mission is not expected to last much longer due to natural orbital precession and will eventually harmlessly re-enter Earth's atmosphere. The University of Arizona and JPL are now working on developing a highly capable next-generation space-based telescopic survey called the Near-Earth Object Surveillance Mission (NEOSM). If fully funded, NEOSM would greatly expand NASA's ability to identify, track, and characterize asteroids and comets that could potentially impact Earth. This would help the agency reach a near-Earth asteroid discovery goal set before it by Congress, and would complement existing and planned ground-based efforts.

NEOSM would optimize the NEOWISE mission's architecture for the study of near-Earth objects, improving it by using next-generation infrared sensors and strategic operations that would allow it to search a much larger swath of space around Earth's orbit.

NEOWISE is a project of JPL, a division of Caltech, and the University of Arizona, supported by NASA's Planetary Defense Coordination Office.

Get insights into spotting the comet NEOWISE - along with Jupiter, Saturn, and Mars.