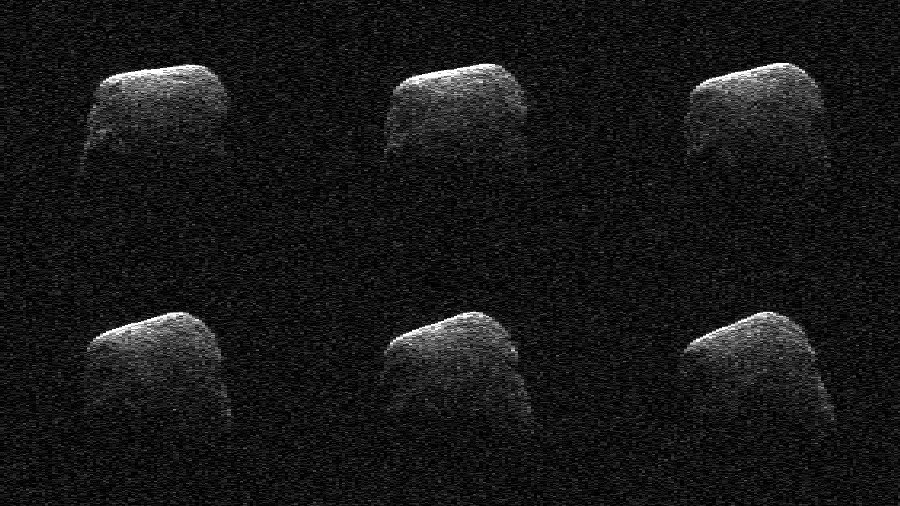 These radar images of comet P/2016 BA14 were taken on March 22, 2016, by scientists using an antenna of NASA's Deep Space Network at Goldstone, California. At the time, the comet was about 2.2 million miles (3.6 million kilometers) from Earth.› Full image and caption
Credit: NASA/JPL-Caltech/GSSR

Astronomers captured detailed radar images of a comet that passed Earth this week.