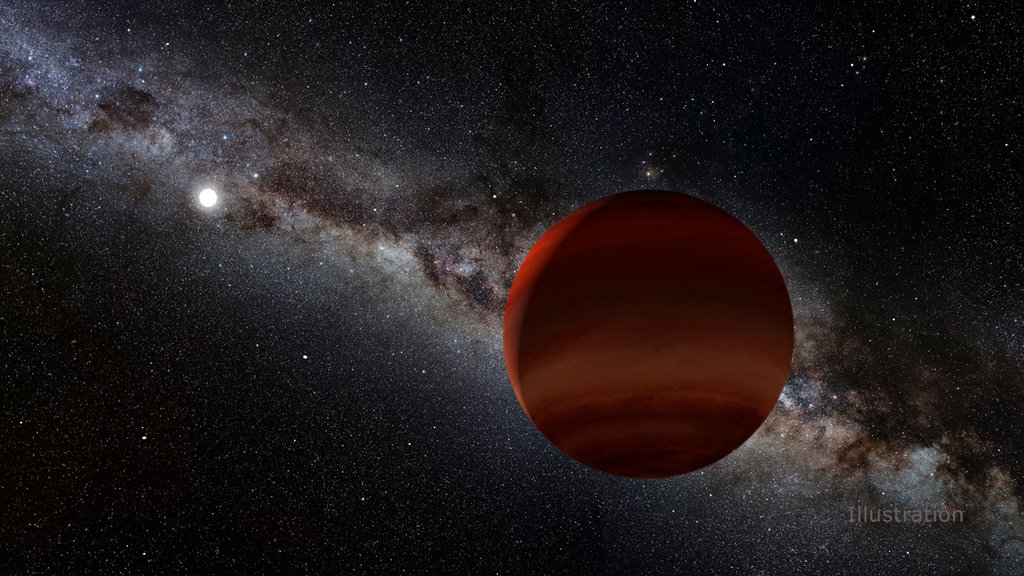 We've never met some of the Sun's closest neighbors until now. In a new study, astronomers report the discovery of 95 objects known as brown dwarfs, many within a few dozen light-years of the Sun. They're well outside the solar system, so don't experience heat from the Sun, but still inhabit a region astronomers consider our cosmic neighborhood. This collection represents some of the coldest known examples of these objects, which are between the sizes of planets and stars.

Members of the public helped make these discoveries through Backyard Worlds: Planet 9, a NASA-funded citizen science project that is a collaboration between volunteers and professional scientists. Backyard Worlds incorporates data from NASA's Near-Earth Object Wide-Field Infrared Survey Explorer (NEOWISE) satellite along with all-sky observations collected between 2010 and 2011 under its previous moniker, WISE. Data from NASA's retired Spitzer Space Telescope and the facilities of the National Science Foundation's NOIRLab were also instrumental in the analysis.

"Vast modern datasets can unlock landmark discoveries, and it's exciting that these could be spotted first by citizen scientists," said Aaron Meisner, assistant scientist at NSF's NOIRLab and the lead author of the study describing the brown dwarfs. "These Backyard Worlds discoveries show that members of the public can play an important role in reshaping our scientific understanding of our solar neighborhood."

Why These Brown Dwarfs Are Important

Brown dwarfs are not massive enough to power themselves like stars but are still many times heavier than planets. Despite their name, brown dwarfs would actually appear magenta or orange-red to the human eye if seen close up. While brown dwarfs can be extremely hot, even thousands of degrees Fahrenheit, many of the newly discovered ones are colder than the boiling point of water. Some even approach the temperature of Earth and are cool enough to harbor water clouds.

Brown dwarfs with low temperatures are also small in diameter and therefore faint in visible light. Still, they give off heat in the form of infrared light, which is invisible to the human eye yet detectable by telescopes such as NEOWISE and Spitzer. For cold brown dwarfs like those in this study, the infrared signal is also faint, so they are easier to find the closer they are to our solar system.

Discovering and characterizing astronomical objects near the Sun is fundamental to our understanding of our place in, and the history of, the universe. With their relatively cold temperatures, these newly discovered brown dwarfs represent a long sought missing link within the brown dwarf population.

In 2014, scientists discovered the coldest-known brown dwarf, called WISE 0855, using data from NASA's WISE mission in infrared light. WISE 0855 is about minus 10 degrees Fahrenheit, or minus 23 degrees Celsius. No other brown dwarf came close to this object's low temperature. Some researchers wondered if 0855 was actually a rogue exoplanet - a planet that originated in a star system but was kicked out of its orbit. This new batch of brown dwarfs, together with others recently discovered using NEOWISE and Spitzer, puts 0855 in context.

"Our new discoveries help connect the dots between 0855 and the other known brown dwarfs," said astrophysicist Marc Kuchner, the principal investigator of Backyard Worlds and the Citizen Science Officer for NASA's Science Mission Directorate. Kuchner is also an astrophysicist at NASA's Goddard Space Flight Center in Greenbelt, Maryland.

Since the same physical processes may form both planets and brown dwarfs, the new findings offer prospects for research into worlds beyond our solar system.

"This paper is evidence that the solar neighborhood is still uncharted territory and citizen scientists are excellent astronomical cartographers," said coauthor Jackie Faherty of the American Museum of Natural History in New York. "Mapping the coldest brown dwarfs down to the lowest masses gives us key insights into the low-mass star-formation process while providing a target list for detailed studies of the atmospheres of Jupiter analogs."

To help find our Sun's coldest, nearest neighbors, the professional astronomers of the Backyard Worlds project turned to a worldwide network of more than 100,000 citizen scientists. These volunteers diligently inspect trillions of pixels of telescope images to identify the subtle movements of brown dwarfs. Despite the abilities of machine learning and supercomputers, there's no substitute for the human eye when it comes to scouring telescope images for moving objects. For this new group of brown dwarfs, 20 citizen scientists across 10 different countries are listed as coauthors of the study.

"Being that this will be the first scientific paper that I'm a coauthor on, its publication will definitely be the highlight of working with Backyard Worlds so far," said Les Hamlet, a citizen scientist in Springfield, Missouri, who has worked on Backyard Worlds since 2017. "Also, being connected in some way with the now-retired Spitzer Space Telescope through this paper is kind of special to me."

Backyard Worlds volunteers have already discovered more than 1,500 cold worlds near the Sun. The new discovery of 95 brown dwarfs is the largest published sample of these objects ever discovered through a citizen science project.

Alongside the dedicated efforts of the Backyard Worlds volunteers, NOIRLab's Astro Data Lab science platform was instrumental in this research.

The approach of the Backyard Worlds project - searching for rare objects in large datasets - is also one of the goals for the Vera C. Rubin Observatory, an NSF/Department of Energy facility currently under construction on Cerro Pachón in Chile's Atacama Desert. The Rubin Observatory will image the entire southern sky every three nights over 10 years, providing a vast amount of data that will enable new ways of doing astrophysical research.

The new Backyard Worlds discoveries also underscore Spitzer's pioneering legacy of revealing the Sun's coolest neighbors. NASA's forthcoming James Webb Space Telescope will also be a powerful tool for examining brown dwarfs for more insights into these mysterious objects and what they can reveal about the formation of planets and their atmospheres.

The ongoing Backyard Worlds: Planet 9 project, funded by NASA, lets anyone join the quest to find more mysterious objects in spacecraft data. Check it out at backyardworlds.org.