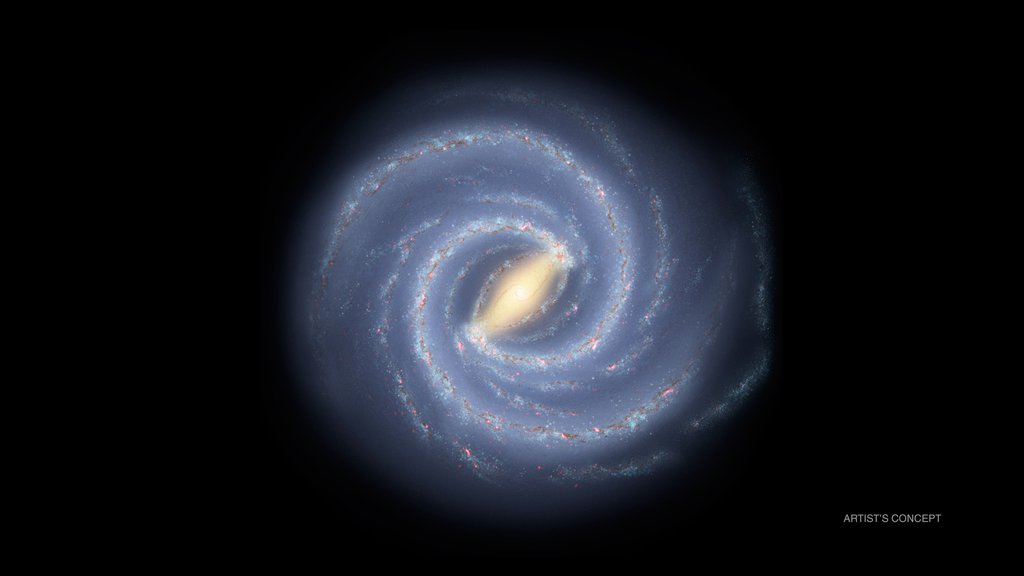 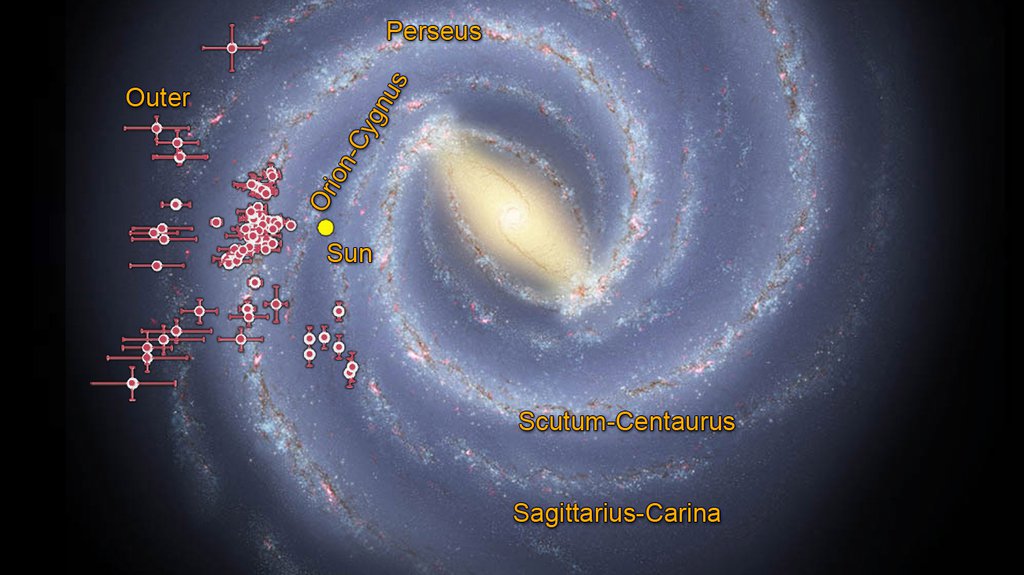 Imagine trying to create a map of your house while confined to only the living room. You might peek through the doors into other rooms or look for light spilling in through the windows. But, in the end, the walls and lack of visibility would largely prevent you from seeing the big picture.

The job of mapping our own Milky Way galaxy from planet Earth, situated about two-thirds of the way out from the galaxy's center, is similarly difficult. Clouds of dust permeate the Milky Way, blocking our view of the galaxy's stars. Today, researchers have a suitable map of our galaxy's spiral structure, but, like early explorers charting new territory, they continue to patiently and meticulously fill in the blanks.

Recently, researchers have turned to a new mapping method that takes advantage of data from NASA's Wide-field Infrared Survey Explorer, or WISE. Using WISE, the research team has discovered more than 400 dust-shrouded nurseries of stars, which trace the shape of our galaxy's spiral arms. Seven of these "embedded star clusters" are described in a new study published online May 20 in the Monthly Notices of the Royal Astronomical Society.

"The sun's location within the dust-obscured galactic disk is a complicating factor to observe the galactic structure," said Denilso Camargo, lead author of the paper from the Federal University of Rio Grande do Sul in Brazil.

The results support the four-arm model of our galaxy's spiral structure. For the last few years, various methods of charting the Milky Way have largely led to a picture of four spiral arms. The arms are where most stars in the galaxy are born. They are stuffed with gas and dust, the ingredients of stars. Two of the arms, called Perseus and Scutum-Centaurus, seem to be more prominent and jam-packed with stars, while the Sagittarius and Outer arms have as much gas as the other two arms but not as many stars.

The new WISE study finds embedded star clusters in the Perseus, Sagittarius, and Outer arms. Data from the Two Micron All Sky Survey (2MASS), a ground-based predecessor of WISE from NASA, the National Science Foundation and the University of Massachusetts, Amherst, helped narrow down the distances to the clusters and pinpoint their location.

Embedded star clusters are a powerful tool for visualizing the whereabouts of spiral arms because the clusters are young, and their stars haven't yet drifted away and out of the arms. Stars begin their lives in the dense, gas-rich neighborhoods of spiral arms, but they migrate away over time. These embedded star clusters complement other techniques for mapping our galaxy, such as those used by radio telescopes, which detect the dense gas clouds in spiral arms.

"Spiral arms are like traffic jams in that the gas and stars crowd together and move more slowly in the arms. As material passes through the dense spiral arms, it is compressed and this triggers more star formation," said Camargo.

WISE is ideal for finding the embedded star clusters because its infrared vision can cut through the dust that fills the galaxy and shrouds the clusters. What's more, WISE scanned the whole sky, so it was able to perform a thorough survey of the shape of our Milky Way. NASA's Spitzer Space Telescope also uses infrared images to map the Milky Way's territory. Spitzer looks along specific lines of sight and counts stars. The spiral arms will have the densest star populations.

NASA's Jet Propulsion Laboratory in Pasadena, California managed and operated WISE for NASA's Science Mission Directorate in Washington. The spacecraft was put into hibernation mode in 2011, after it scanned the entire sky twice, thereby completing its main objectives. In September 2013, WISE was reactivated, renamed NEOWISE and assigned a new mission to assist NASA's efforts to identify potentially hazardous near-Earth objects.

Other authors of the study are: Charles Bonatto and Eduardo Bica, also with the Federal University of Rio Grande do Sul.

Previous research from Camargo's team found two embedded clusters far outside the plane of our Milky Way, 16,000 light-years away. A feature story about that work is online at:

The new WISE study from the Monthly Notices of the Royal Astronomical Society is online at: