Celebrating 10 Years of the WISE Spacecraft 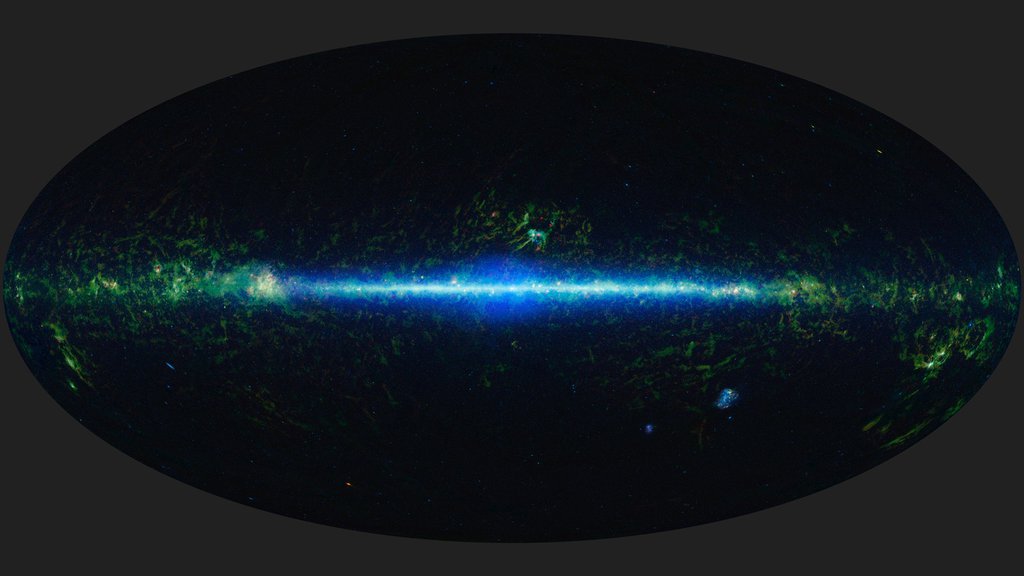 To celebrate the 10th anniversary of the spacecraft's launch, the mission team has gathered their top 10 images and graphics related to the two missions related to it.

Just before sunrise on Dec. 14, 2009, a Delta-II rocket lifted off from California's Vandenberg Air Force Base and brought NASA's Wide-field Infrared Survey Explorer (WISE) to low-Earth orbit. Its mission: to study galaxies, stars, asteroids and comets by imaging the entire sky in infrared light.

WISE was placed in hibernation in February 2011 after completing its primary astrophysics mission, but in late 2013, the spacecraft was reactivated, renamed NEOWISE and assigned a second mission dedicated to identifying and characterizing the population of near-Earth objects while also providing information about the size and composition of more distant asteroids and comets.

Over the last decade, data from WISE and NEOWISE have been cited in more than 3,000 peer-reviewed publications and been used to study distant galaxies, cool stars, exploding white dwarfs, outgassing comets, near-Earth asteroids and everything in between.

To celebrate the 10th anniversary of the spacecraft's launch, the mission team has gathered their top 10 images and graphics based on WISE and NEOWISE data.

The Sky as Seen by WISE

Located about 6,000 light-years from Earth, the Heart (right) and Soul (left) nebulas compose a vast star-forming complex that makes up part of the Perseus spiral arm of our Milky Way. The Perseus arm lies farther from the center of the Milky Way than the Sun. The nebulas are marked by giant bubbles that were blown into surrounding dust by radiation and winds from stars less than a few million years old - youngsters in comparison to the Sun, which is nearly 5 billion years old.

The Great Galaxy in Andromeda

At 2.5 million light-years away, the Andromeda galaxy is the closest spiral galaxy to our Milky Way; in fact, it will collide with ours billions of years from now. This WISE mosaic covers an area equivalent to more than 100 full Moons, or five degrees across on the sky. Blue highlights mature stars, while yellow and red show dust heated by massive newborn stars.

Although the Andromeda galaxy is bigger, the Large Magellanic Cloud, a satellite galaxy of our Milky Way, is closer: "only" 160,000 light-years from Earth. This makes it appear larger than Andromeda on the sky, and it is easy to spot in the all-sky image at about 4 o'clock, halfway out from the galactic center. The central blue bar is light from older stars. An oddly square outline encompasses the orange clouds outside this bar, which are regions of dust and gas illuminated by younger stars.

WISE discoveries have redefined the solar neighborhood. The third- and fourth-closest systems to the Sun are brown dwarfs about 7 light-years away. Brown dwarfs form like stars but can't sustain the fusion that powers more massive stars. So they cool off with time and can be seen only in infrared light, which is invisible to the human eye. The WISE 0855-0714 system shown here is the coldest known - colder than ice. Very cold brown dwarfs appear only in the second-shortest wavelength band of WISE, as shown at bottom mapped to green.

Those aren't Klingon vessels. Appearing as strings of orange dots, the brightest sets of dots belong to asteroids Klotho and Lina. Both orbit out in the main asteroid belt between Mars and Jupiter, while smaller, more distant asteroids can also be seen passing through the image.

What looks like a narwhal is actually comet 65P/Gunn, which orbits the Sun every 6.8 years. A comet is a ball of dust and ice left over from the formation of the solar system. As it approaches the Sun and heats up, its surface releases gas and dust, which are then blown back by the solar wind into a long, spectacular tail. The "sword" ahead of the comet's nucleus is made of dust particles shed by 65P/Gunn on previous orbits around the Sun.

The Most Luminous Galaxy

The most luminous galaxy confirmed - discovered by WISE and known by its catalog number, WISE J224607.55-052634.9 - radiates with 350 trillion times the luminosity of the Sun. As illustrated in this artist's conception based on subsequent observations using the Atacama Large Millimeter/submillimeter Array in Chile, trails of dust are being pulled from three smaller galaxies into this blazing powerhouse. It appears to be cannibalizing its smaller neighbors, which is likely contributing to its superlative brightness. WISE discovered this galaxy as part of a rare population of objects that appear only in its longest wavelength bands.