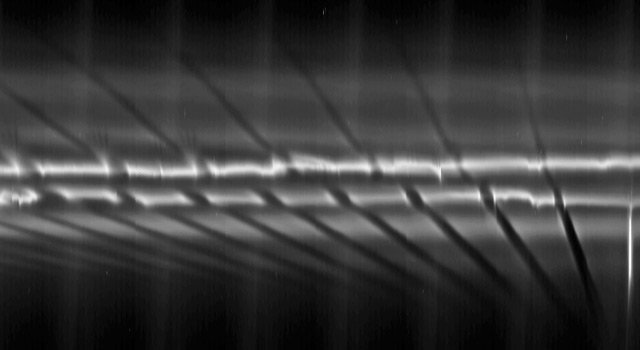 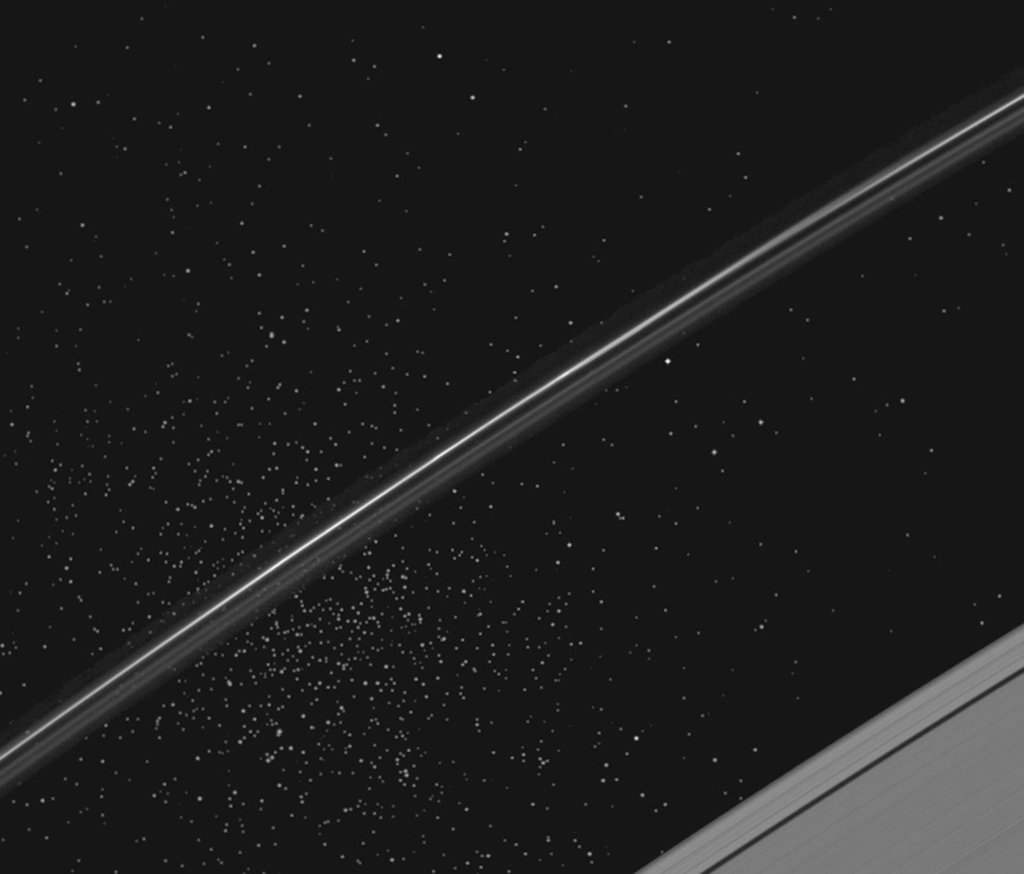 While NASA's Cassini spacecraft was pointed to study Saturn's F ring, it happened to catch a globular star cluster passing through the camera's field of view.› Video and full caption
Credit: NASA/JPL/SSI 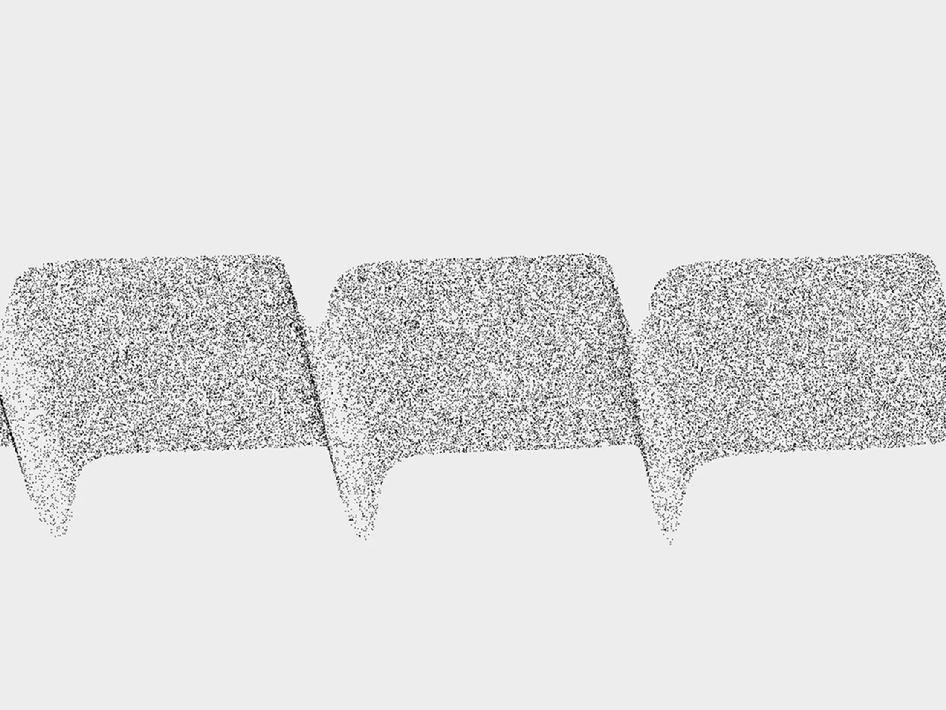 This movie features a simulation showing the changes to a portion of Saturn's F ring as the shepherding moon Prometheus swings by it.› Video and full caption
Credit: NASA/JPL/SSI

While orbiting Saturn for the last six years, NASA's Cassini spacecraft has kept a close eye on the collisions and disturbances in the gas giant's rings.

While orbiting Saturn for the last six years, NASA's Cassini spacecraft has kept a close eye on the collisions and disturbances in the gas giant's rings. They provide the only nearby natural laboratory for scientists to see the processes that must have occurred in our early solar system, as planets and moons coalesced out of disks of debris.

New images from Cassini show icy particles in Saturn's F ring clumping into giant snowballs as the moon Prometheus makes multiple swings by the ring. The gravitational pull of the moon sloshes ring material around, creating wake channels that trigger the formation of objects as large as 20 kilometers (12 miles) in diameter.

"Scientists have never seen objects actually form before," said Carl Murray, a Cassini imaging team member based at Queen Mary, University of London. "We now have direct evidence of that process and the rowdy dance between the moons and bits of space debris."

Murray discussed the findings today (July 20, 2010) at the Committee on Space Research meeting in Bremen, Germany, and they are published online by the journal Astrophysical Journal Letters on July 14, 2010. A new animation based on imaging data shows how one of the moons interacts with the F ring and creates dense, sticky areas of ring material.

Saturn's thin, kinky F ring was discovered by NASA's Pioneer 11 spacecraft in 1979. Prometheus and Pandora, the small "shepherding" moons on either side of the F ring, were discovered a year later by NASA's Voyager 1. In the years since, the F ring has rarely looked the same twice, and scientists have been watching the impish behavior of the two shepherding moons for clues.

Prometheus, the larger and closer to Saturn of the two moons, appears to be the primary source of the disturbances. At its longest, the potato-shaped moon is 148 kilometers (92 miles) across. It cruises around Saturn at a speed slightly greater than the speed of the much smaller F ring particles, but in an orbit that is just offset. As a result of its faster motion, Prometheus laps the F ring particles and stirs up particles in the same segment once in about every 68 days.

"Some of these objects will get ripped apart the next time Prometheus whips around," Murray said. "But some escape. Every time they survive an encounter, they can grow and become more and more stable."

Cassini scientists using the ultraviolet imaging spectrograph previously detected thickened blobs near the F ring by noting when starlight was partially blocked. These objects may be related to the clumps seen by Murray and colleagues.

The newly-found F ring objects appear dense enough to have what scientists call "self-gravity." That means they can attract more particles to themselves and snowball in size as ring particles bounce around in Prometheus's wake, Murray said. The objects could be about as dense as Prometheus, though only about one-fourteenth as dense as Earth.

What gives the F ring snowballs a particularly good chance of survival is their special location in the Saturn system. The F ring resides at a balancing point between the tidal force of Saturn trying to break objects apart and self-gravity pulling objects together. One current theory suggests that the F ring may be only a million years old, but gets replenished every few million years by moonlets drifting outward from the main rings. However, the giant snowballs that form and break up probably have lifetimes of only a few months.

The new findings could also help explain the origin of a mysterious object about 5 to 10 kilometers (3 to 6 miles) in diameter that Cassini scientists spotted in 2004 and have provisionally dubbed S/2004 S 6. This object occasionally bumps into the F ring and produces jets of debris.

"The new analysis fills in some blanks in our solar system's history, giving us clues about how it transformed from floating bits of dust to dense bodies," said Linda Spilker, Cassini project scientist at NASA's Jet Propulsion Laboratory in Pasadena, Calif. "The F ring peels back some of the mystery and continues to surprise us."

The late Kevin Beurle was made the honorary first author on this paper because of his contributions in developing software and designing observation sequences for this research. He died in 2009.