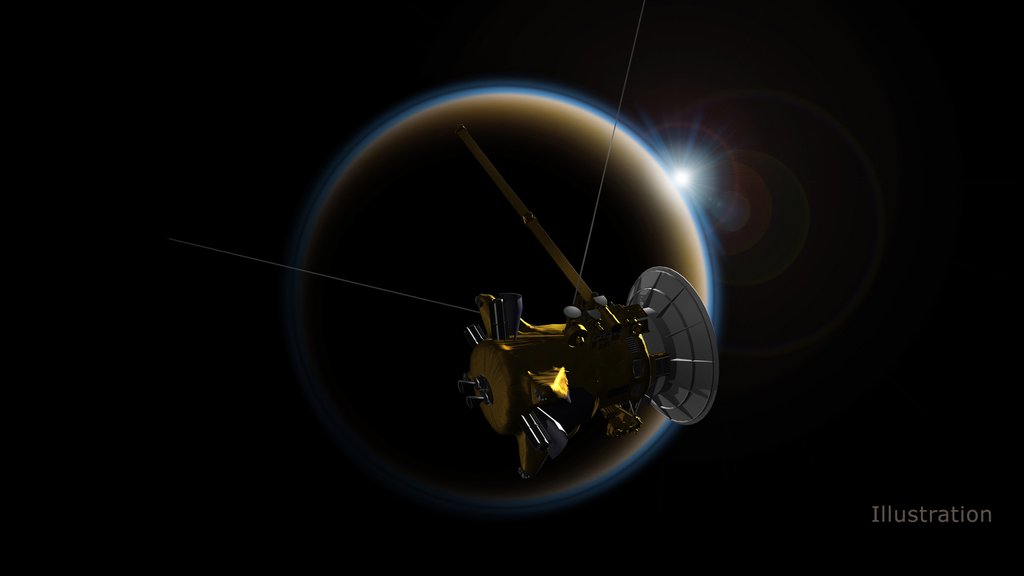 Cassini made its final, distant flyby of Saturn's moon Titan on Sept. 11, which set the spacecraft on its final dive toward the planet.
Credit: NASA/JPL-Caltech 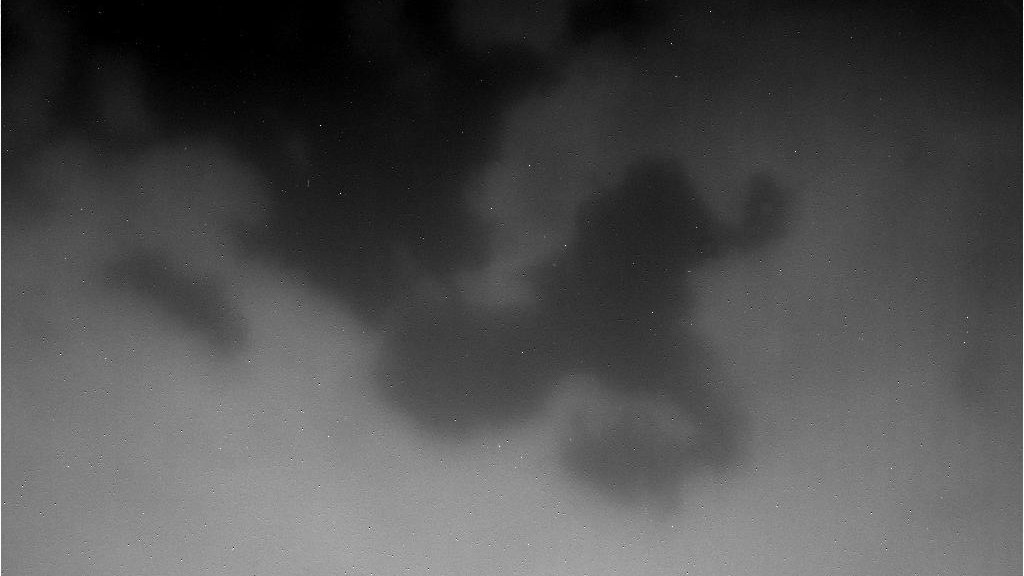 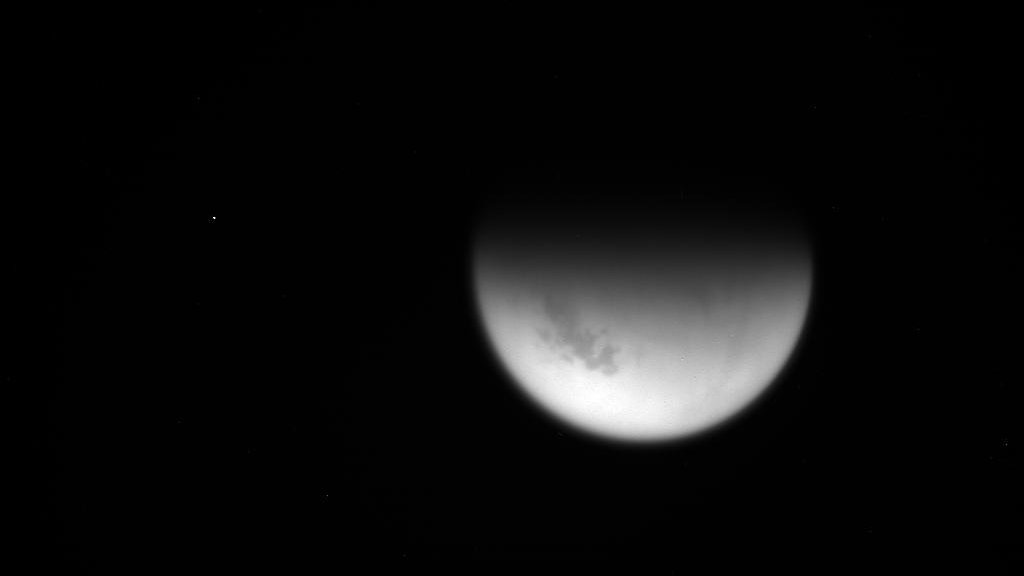 Cassini is back in contact with Earth following its distant flyby of Titan, and data are streaming in. As planned, ground controllers made contact with the spacecraft at 6:19 p.m. PDT.

The spacecraft made its closest approach to Titan today at 12:04 p.m. PDT (3:04 p.m. EDT), at an altitude of 73,974 miles (119,049 kilometers) above the moon's surface. The spacecraft is scheduled to make contact with Earth on Sept. 12 at about 6:19 p.m. PDT (9:19 p.m. EDT). Images and other science data taken during the encounter are expected to begin streaming to Earth soon after. Navigators will analyze the spacecraft's trajectory following this downlink to confirm that Cassini is precisely on course to dive into Saturn at the planned time, location and altitude.

This distant encounter is referred to informally as "the goodbye kiss" by mission engineers, because it provides a gravitational nudge that sends the spacecraft toward its dramatic ending in Saturn's upper atmosphere. The geometry of the flyby causes Cassini to slow down slightly in its orbit around Saturn. This lowers the altitude of its flight over the planet so that the spacecraft goes too deep into Saturn's atmosphere to survive, because friction with the atmosphere will cause Cassini to burn up.

Cassini has made hundreds of passes over Titan during its 13-year tour of the Saturn system -- including 127 precisely targeted encounters -- some at close range and some, like this one, more distant.

"Cassini has been in a long-term relationship with Titan, with a new rendezvous nearly every month for more than a decade," said Cassini Project Manager Earl Maize at NASA's Jet Propulsion Laboratory in Pasadena, California. "This final encounter is something of a bittersweet goodbye, but as it has done throughout the mission, Titan's gravity is once again sending Cassini where we need it to go."

Cassini is ending its 13-year tour of the Saturn system with an intentional plunge into the planet to ensure Saturn's moons -- in particular Enceladus, with its subsurface ocean and signs of hydrothermal activity -- remain pristine for future exploration. The spacecraft's fateful dive is the final beat in the mission's Grand Finale, 22 weekly dives (begun in late April) through the gap between Saturn and its rings. No spacecraft has ever ventured so close to the planet before.

The Cassini spacecraft was launched in 1997 and arrived at Saturn in 2004. During its time there, Cassini has made numerous dramatic discoveries, including a global ocean with indications of hydrothermal activity within the icy moon Enceladus, and liquid methane seas on another moon, Titan.