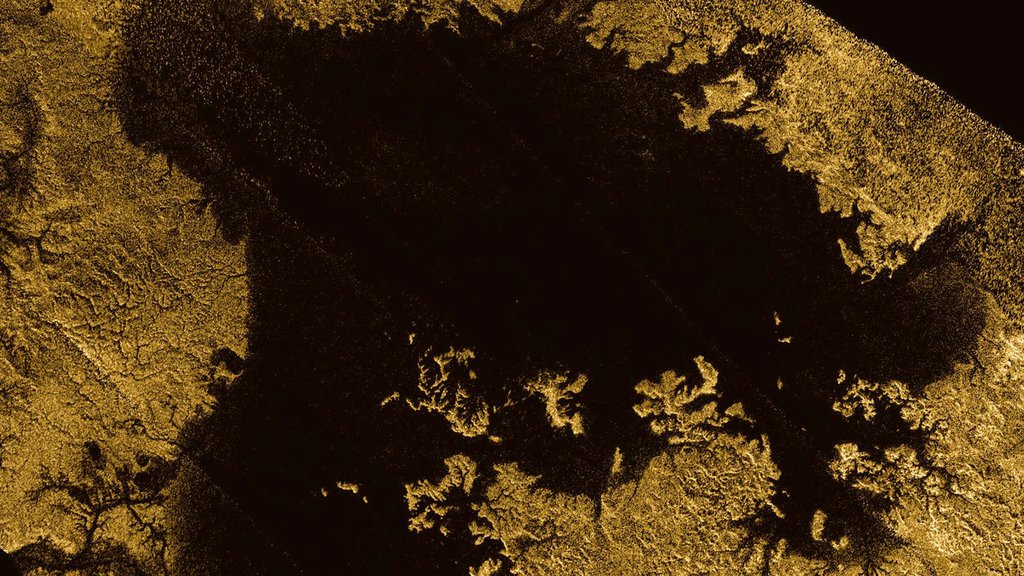 Ligeia Mare, shown in here in data obtained by NASA's Cassini spacecraft, is the second largest known body of liquid on Saturn's moon Titan. It is filled with liquid hydrocarbons, such as ethane and methane, and is one of the many seas and lakes that bejewel Titan's north polar region.› Full image and caption
Credit: NASA/JPL-Caltech/ASI/Cornell 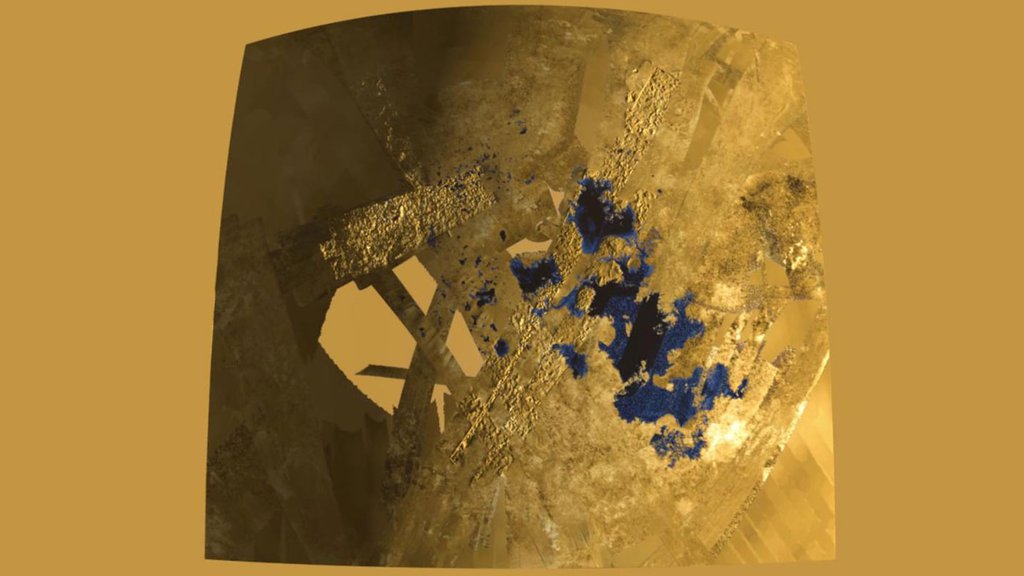 Titan is the only world in our solar system other than Earth that has stable liquid on its surface. The liquid in Titan's lakes and seas is mostly methane and ethane. › See animation

Saturn's moon Titan may be nearly a billion miles away from Earth, but a recent paper from NASA's Cassini mission reveals a new way this world and our own are eerily similar.

Saturn's moon Titan may be nearly a billion miles away from Earth, but a recently published paper based on data from NASA's Cassini spacecraft reveals a new way this distant world and our own are eerily similar. Just as the surface of oceans on Earth lies at an average elevation that we call "sea level," Titan's seas also lie at an average elevation.

This is the latest finding that shows remarkable similarities between Earth and Titan, the only other world we know of in our solar system that has stable liquid on its surface. The twist at Titan is that its lakes and seas are filled with hydrocarbons rather than liquid water, and water ice overlain by a layer of solid organic material serves as the bedrock surrounding these lakes and seas.

The new study suggests that elevation is important because Titan's liquid bodies appear to be connected under the surface in something akin to an aquifer system at Earth. Hydrocarbons appear to be flowing underneath Titan's surface similar to the way water flows through underground porous rock or gravel on Earth, so that nearby lakes communicate with each other and share a common liquid level.

The paper was based on data obtained by Cassini's radar instrument until just months before the spacecraft burned up in the Saturn atmosphere last year. It also used a new topographical map published in the same issue of Geophysical Research Letters.

For more details on the two papers, visit: