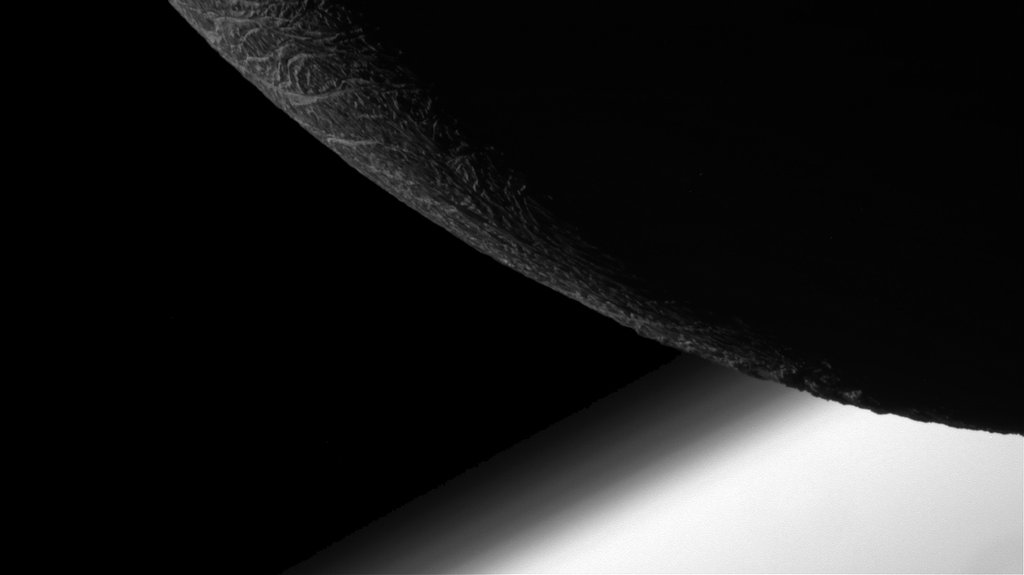 NASA's Cassini spacecraft paused during its final close flyby of Enceladus to focus on the icy moon's craggy, dimly lit limb, with the planet Saturn beyond. › Full image and caption 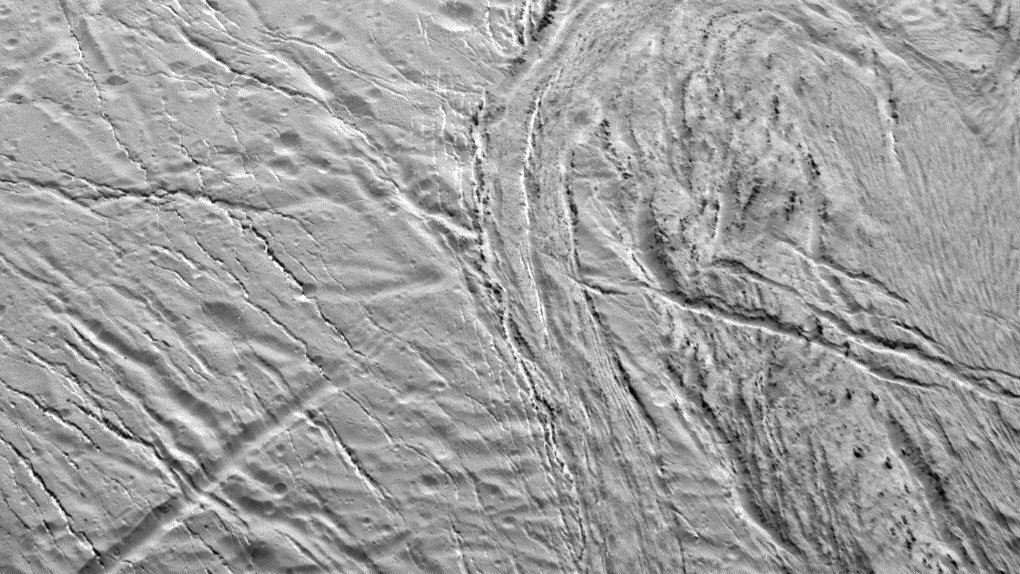 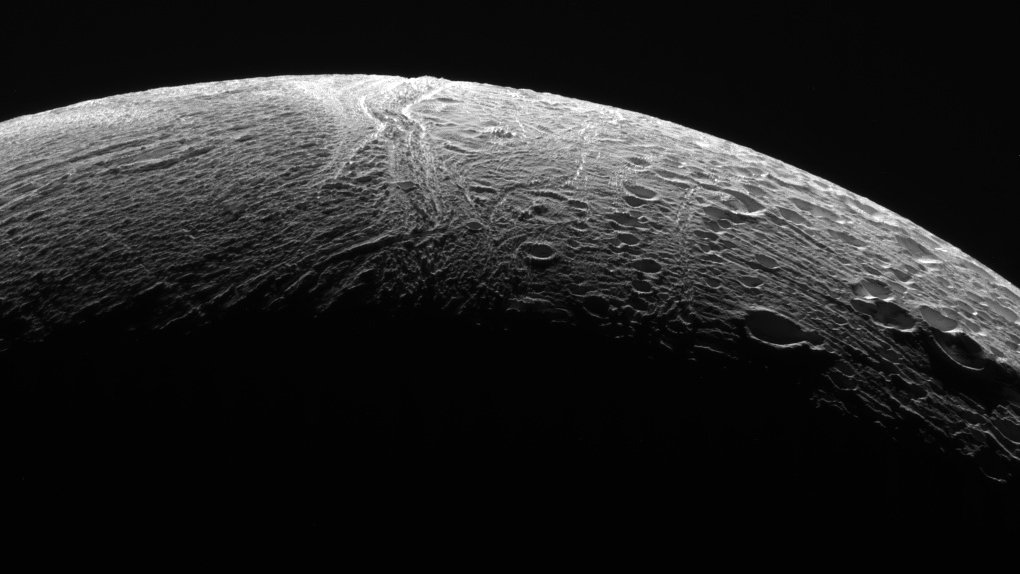 NASA's Cassini spacecraft peered out over the northern territory on Saturn's moon Enceladus, during its final close flyby of Enceladus, on Dec. 19, 2015. › Full image and caption

"This final Enceladus flyby elicits feelings of both sadness and triumph," said Earl Maize, Cassini project manager at JPL. "While we're sad to have the close flybys behind us, we've placed the capstone on an incredible decade of investigating one of the most intriguing bodies in the solar system."

Cassini will continue to monitor activity on Enceladus from a distance, through the end of its mission in Sept. 2017. Future encounters will be much farther away -- at closest, more than four times farther than this latest encounter.

This was the 22nd Enceladus encounter of Cassini's mission. The spacecraft's discovery of geologic activity there, not long after arriving at Saturn, prompted changes to the mission's flight plan to maximize the number and quality of flybys of the icy moon.

"We bid a poignant goodbye to our close views of this amazing icy world," said Linda Spilker, the mission's project scientist at NASA's Jet Propulsion Laboratory in Pasadena, California. "Cassini has made so many breathtaking discoveries about Enceladus, yet so much more remains to be done to answer that pivotal question, 'Does this tiny ocean world harbor life?'"

After revealing Enceladus' surprising geologic activity in 2005, Cassini made a series of discoveries about the material gushing from warm fractures near its south pole. Scientists announced strong evidence for a regional subsurface sea in 2014, revising their understanding in 2015 to confirm that the moon hosts a global ocean beneath its icy crust.