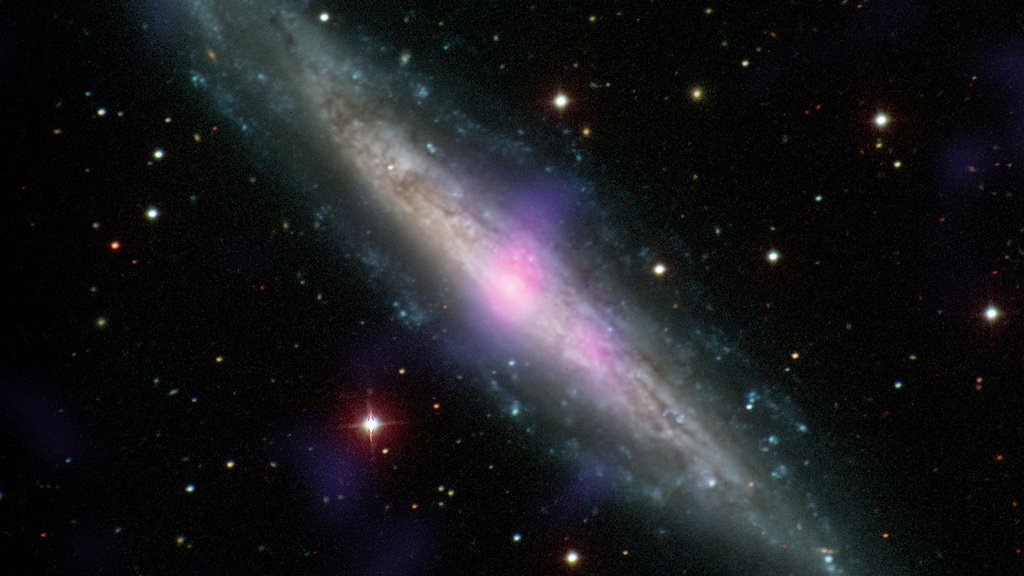 NGC 1448, a galaxy with an active galactic nucleus hidden by gas and dust, is seen in this image.› Full image and caption
Credit: Carnegie-Irvine Galaxy Survey/NASA/JPL-Caltech 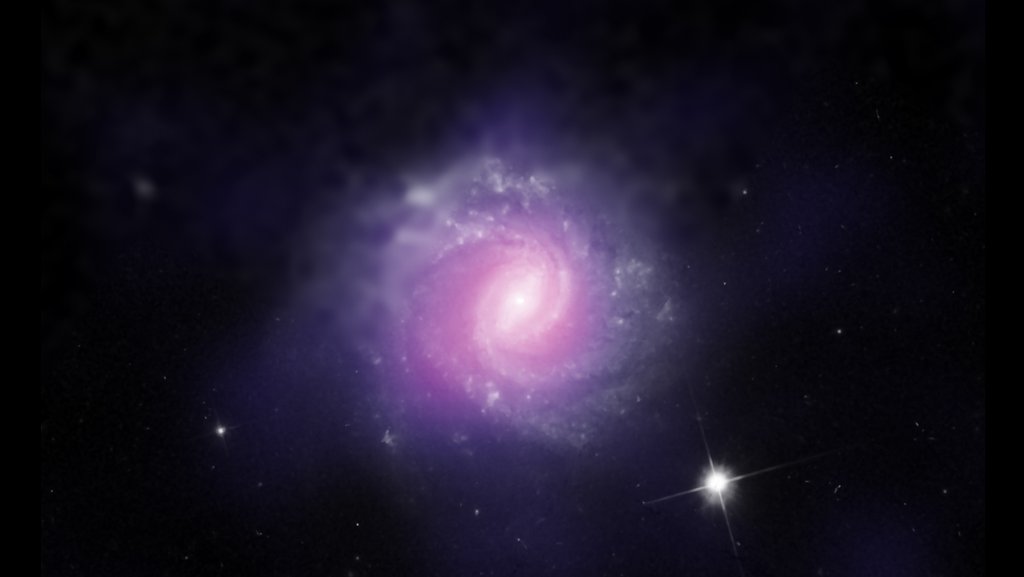 Monster black holes sometimes lurk behind gas and dust, hiding from the gaze of most telescopes.

Monster black holes sometimes lurk behind gas and dust, hiding from the gaze of most telescopes. But they give themselves away when material they feed on emits high-energy X-rays that NASA's NuSTAR (Nuclear Spectroscopic Telescope Array) mission can detect. That's how NuSTAR recently identified two gas-enshrouded supermassive black holes, located at the centers of nearby galaxies.

"These black holes are relatively close to the Milky Way, but they have remained hidden from us until now," said Ady Annuar, a graduate student at Durham University in the United Kingdom, who presented the results at the American Astronomical Society meeting in Grapevine, Texas. "They're like monsters hiding under your bed."

Both of these black holes are the central engines of what astronomers call "active galactic nuclei," a class of extremely bright objects that includes quasars and blazars. Depending on how these galactic nuclei are oriented and what sort of material surrounds them, they appear very different when examined with telescopes.

Active galactic nuclei are so bright because particles in the regions around the black hole get very hot and emit radiation across the full electromagnetic spectrum -- from low-energy radio waves to high-energy X-rays. However, most active nuclei are believed to be surrounded by a doughnut-shaped region of thick gas and dust that obscures the central regions from certain lines of sight. Both of the active galactic nuclei that NuSTAR recently studied appear to be oriented such that astronomers view them edge-on. That means that instead of seeing the bright central regions, our telescopes primarily see the reflected X-rays from the doughnut-shaped obscuring material.

"Just as we can't see the sun on a cloudy day, we can't directly see how bright these active galactic nuclei really are because of all of the gas and dust surrounding the central engine," said Peter Boorman, a graduate student at the University of Southampton in the United Kingdom.

Boorman led the study of an active galaxy called IC 3639, which is 170 million light years away. Researchers analyzed NuSTAR data from this object and compared them with previous observations from NASA's Chandra X-Ray Observatory and the Japan-led Suzaku satellite. The findings from NuSTAR, which is more sensitive to higher energy X-rays than these observatories, confirm the nature of IC 3639 as an active galactic nucleus. NuSTAR also provided the first precise measurement of how much material is obscuring the central engine of IC 3639, allowing researchers to determine how luminous this hidden monster really is.

More surprising is the spiral galaxy that Annuar focused on: NGC 1448. The black hole in its center was only discovered in 2009, even though it is at the center of one of the nearest large galaxies to our Milky Way. By "near," astronomers mean NGC 1448 is only 38 million light years away (one light year is about 6 trillion miles).

Annuar's study discovered that this galaxy also has a thick column of gas hiding the central black hole, which could be part of a doughnut-shaped region. X-ray emission from NGC 1448, as seen by NuSTAR and Chandra, suggests for the first time that, as with IC 3639, there must be a thick layer of gas and dust hiding the active black hole in this galaxy from our line of sight.

Researchers also found that NGC 1448 has a large population of young (just 5 million year old) stars, suggesting that the galaxy produces new stars at the same time that its black hole feeds on gas and dust. Researchers used the European Southern Observatory New Technology Telescope to image NGC 1448 at optical wavelengths, and identified where exactly in the galaxy the black hole should be. A black hole's location can be hard to pinpoint because the centers of galaxies are crowded with stars. Large optical and radio telescopes can help detect light from around black holes so that astronomers can find their location and piece together the story of their growth.

"It is exciting to use the power of NuSTAR to get important, unique information on these beasts, even in our cosmic backyard where they can be studied in detail," said Daniel Stern, NuSTAR project scientist at NASA's Jet Propulsion Laboratory, Pasadena, California.