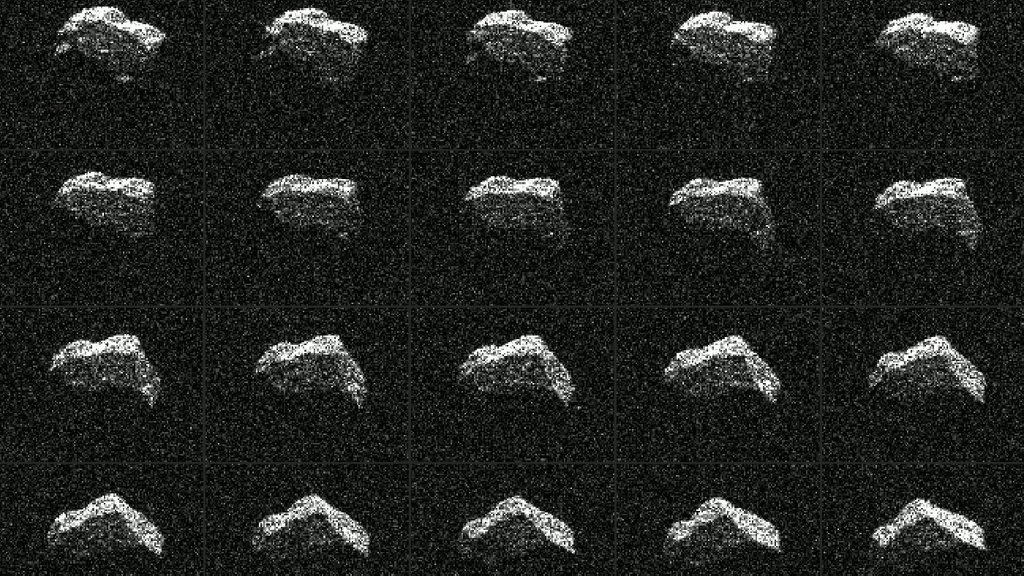 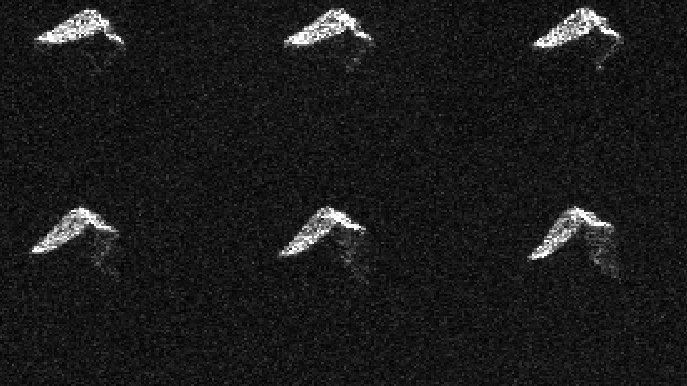 Radar images of asteroid 2017 BQ6 were obtained on Feb. 6 and 7 with NASA's 70-meter antenna at the Goldstone Deep Space Communications Complex in California.

Radar images of asteroid 2017 BQ6 were obtained on Feb. 6 and 7 with NASA's 70-meter (230-foot) antenna at the Goldstone Deep Space Communications Complex in California. They reveal an irregular, angular-appearing asteroid about 660 feet (200 meters) in size that rotates about once every three hours. The images have resolutions as fine as 12 feet (3.75 meters) per pixel.

"The radar images show relatively sharp corners, flat regions, concavities, and small bright spots that may be boulders," said Lance Benner of NASA's Jet Propulsion Laboratory in Pasadena, California, who leads the agency's asteroid radar research program. "Asteroid 2017 BQ6 reminds me of the dice used when playing Dungeons and Dragons. It is certainly more angular than most near-Earth asteroids imaged by radar."

Asteroid 2017 BQ6 safely passed Earth on Feb. 6 at 10:36 p.m. PST (1:36 a.m. EST, Feb. 7) at about 6.6 times the distance between Earth and the moon (about 1.6 million miles, or 2.5 million kilometers). It was discovered on Jan. 26 by the NASA-funded Lincoln Near Earth Asteroid Research (LINEAR) Project, operated by MIT Lincoln Laboratory on the Air Force Space Command's Space Surveillance Telescope at White Sands Missile Range, New Mexico.