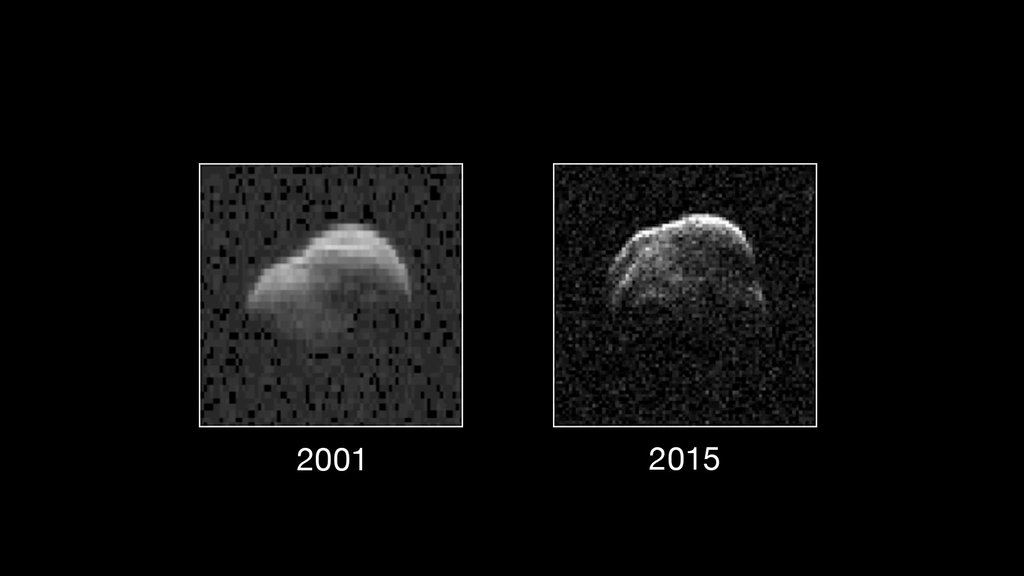 On the left is a radar image of asteroid 1998 WT24 taken in December 2001 by scientists using NASA's the 230-foot (70-meter) DSS-14 antenna at Goldstone, California.› Full image and caption
Credit: NASA/JPL-Caltech/GSSR/NRAO/AUI/NSF