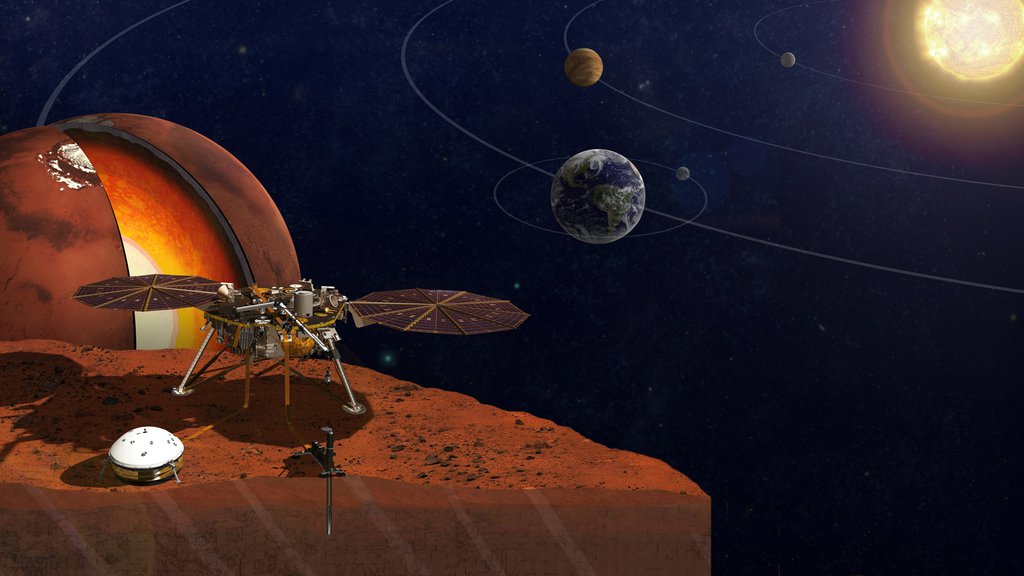 NASA's InSight lander will travel to Mars next year. When it does, it will be carrying two microchips bearing the names of members of the public.› Send Your Name
Credit: NASA/JPL-Caltech 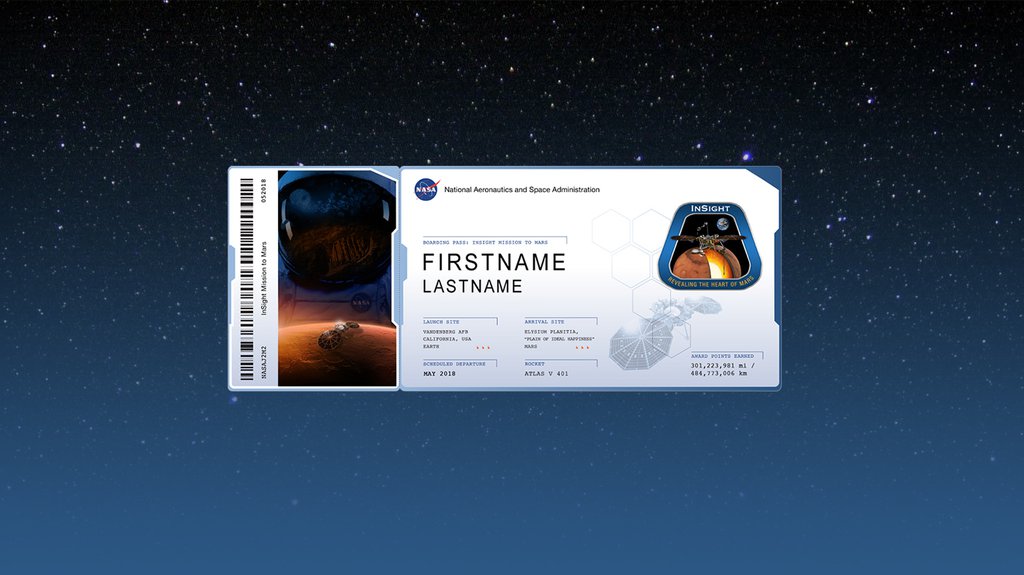 An example of a "boarding pass" that members of the public can download by participating in NASA's Frequent Fliers program. With each NASA mission that flies their names, individuals can accumulate "miles" on their boarding pass.
Credit: NASA/JPL-Caltech

InSight, NASA's next Mars mission, will include two microchips bearing names from the public.

When it lands on Mars in November of 2018, NASA's InSight lander will be carrying several science instruments -- along with hundreds of thousands of names from members of the public.

In 2015, nearly 827,000 people signed up to add their names to a silicon microchip onboard the robotic spacecraft. NASA is now adding a second microchip, giving the public another chance to send their names to Mars.

New submissions will be accepted through Nov. 1, 2017, at the following link:

"Mars continues to excite space enthusiasts of all ages," said Bruce Banerdt, the InSight mission's principal investigator at NASA's Jet Propulsion Laboratory in Pasadena, California. "This opportunity lets them become a part of the spacecraft that will study the inside of the Red Planet."

This fly-your-name opportunity comes with "frequent flier" points reflecting an individual's personal participation in NASA's exploration of Mars. These points span multiple missions and multiple decades. Participants who sent their names on the previous InSight opportunity in 2015 can download a "boarding pass" and see their "frequent flier" miles.

As part of this frequent flier program, a chip carrying the names of 1.38 million people also flew aboard the first flight of NASA's Orion spacecraft in 2014. NASA is building Orion to carry astronauts to deep space destinations that will enable future missions to Mars.

After InSight, the next opportunity to earn frequent flier points will be NASA's Exploration Mission-1, the first flight bringing together the Space Launch System rocket and Orion spacecraft to travel thousands of miles beyond the Moon in preparation for human missions to Mars and beyond.

InSight will be the first mission to explore Mars' deep interior. The spacecraft will set down a seismometer to detect marsquakes and meteor strikes, using the seismic energy of these phenomena to study material far below the Martian surface. It also will deploy a self-hammering heat probe that will burrow deeper into the ground than any previous device on the Red Planet. These and other InSight investigations will improve our understanding about the formation and evolution of all rocky planets, including Earth.

InSight is scheduled to launch from Vandenberg Air Force Base, California, in May of 2018.