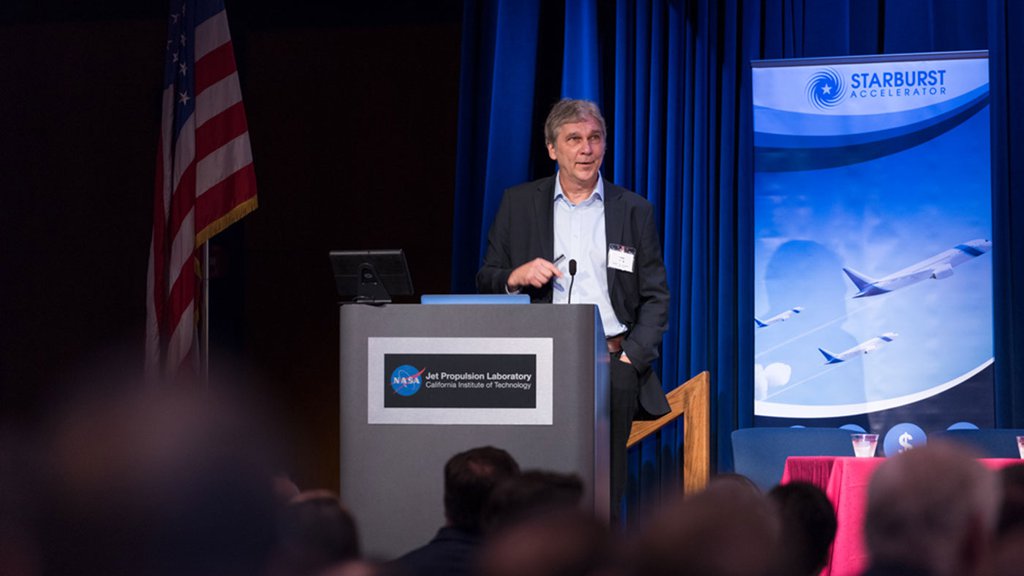 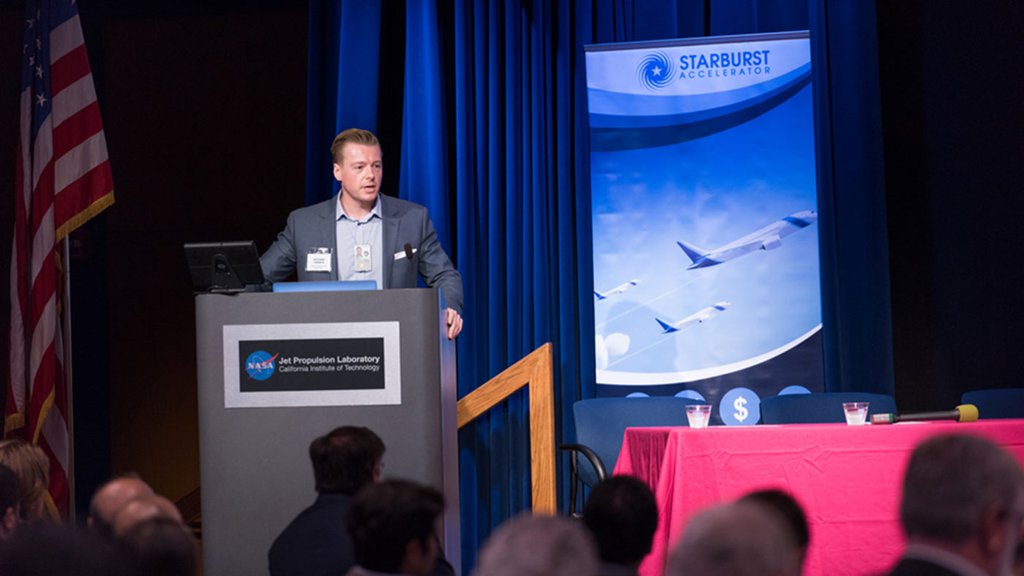 Startup companies in the aerospace sector descended on JPL to pitch their ideas to JPL technologists, corporate and government agency leaders, and potential investors.

Fifteen startup companies in the aerospace sector descended on NASA's Jet Propulsion Laboratory in Pasadena, California, on March 15 to pitch their ideas to a packed von Karman auditorium filled with JPL technologists, corporate and government agency leaders, and potential investors.

The event, co-hosted by JPL and Starburst Accelerator, gave each presenter about 15 minutes to pitch their products and business plans in the hopes of bending the ears of investors, and raising awareness of the emergent business sector in the process.

For JPL, the occasion was a chance for technology leaders and program offices across the Lab to get an up-close look at some of the innovative concepts coming from aerospace startups.

Highlights from the day's pitches included a satellite-based electric propulsion system both lighter and more efficient than current market options; an underwater drone surveillance network nicknamed the "Swiss Army Knife of the sea;" and a space-based gas station where future missions could fuel up and unload.

Six judges on the panel gave feedback and asked questions while the scoring results from the audience were collected by Starburst through a mobile app for use in their accelerator and sponsorship programs. The event was focused on awareness, networking and community-building, according to Francois Chopard, chief executive of Starburst.

"There are more and more startups entering the space industry," Chopard said. "For large corporations, there is a new way to innovate: to work and collaborate with outside companies and outside innovation."

Tom Cwik, program manager of JPL's Office of Space Technology, said JPL recognizes that the commercial space sector is expanding, due in large part to the innovations coming out of venture-backed startups driving new ideas. "JPL is going to be a part of that," Cwik said during the Starburst event. "We want to increase the interactions with this community, find the overlap in technology, and collaborate."

"Commercial space is expanding and is gaining momentum, in part due to a major increase in venture-backed startup companies," French said. "JPL is expecting to increase interactions with the emerging commercial space sector and will be expanding our exploration of the overlap between JPL's future mission needs and commercial opportunities."

The recent event, French said, is the beginning of that expansion, and he expects more events and programs to be on JPL's radar in the future.