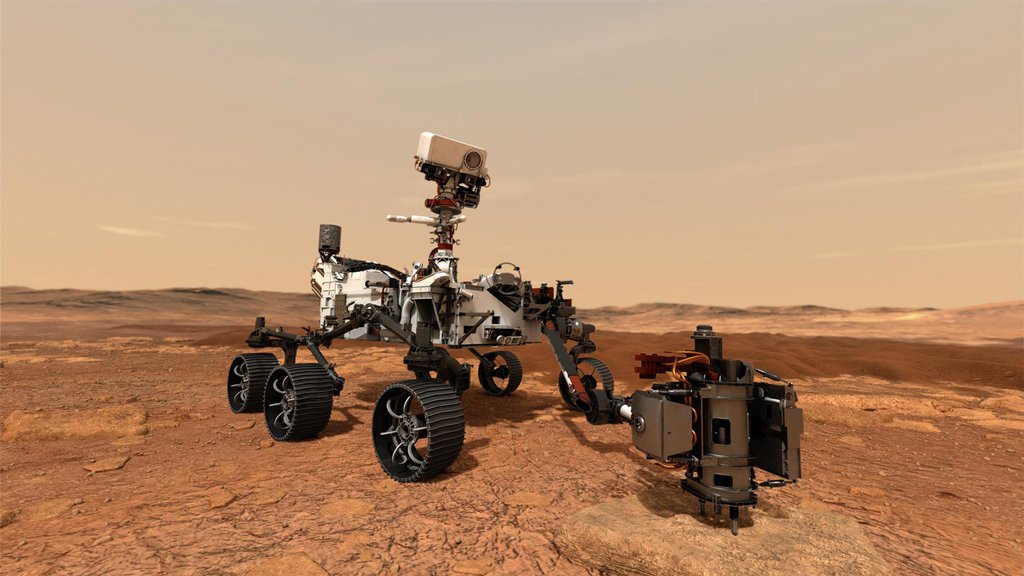 In this illustration, NASA's Mars 2020 rover uses its drill to core a rock sample on Mars.› Full image and caption
Credit: NASA/JPL-Caltech

With a targeted launch date of July 30, the next robotic scientist NASA is sending to the to the Red Planet has big ambitions.