A Final Farewell to LISA Pathfinder 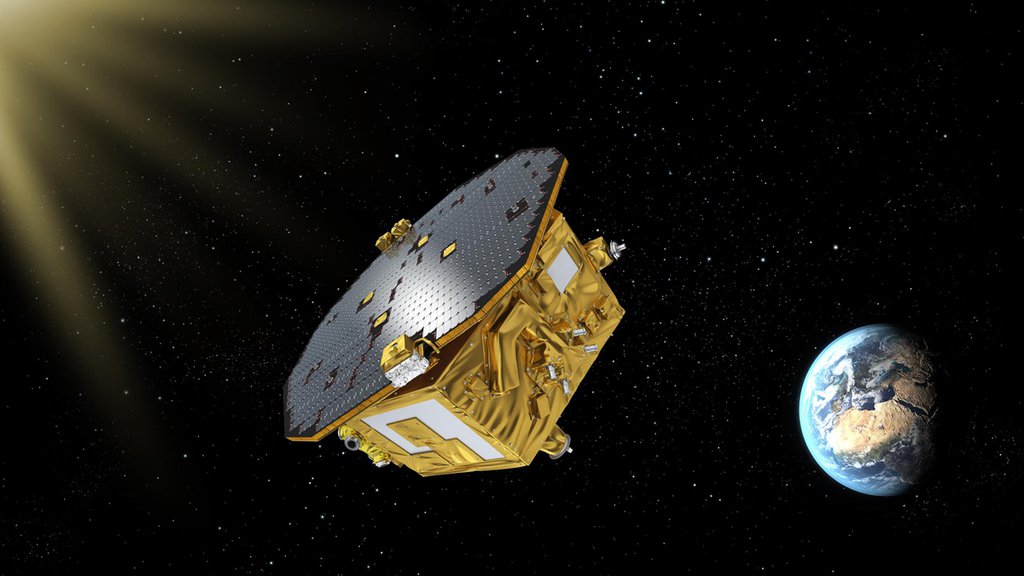 An artist's concept of the European Space Agency's LISA Pathfinder spacecraft, designed to pave the way for a mission detecting gravitational waves. NASA/JPL developed a thruster system on board.

The spacecraft was steady as they come. That has big implications for future science.

With the push of a button, final commands for the European Space Agency's LISA Pathfinder mission were beamed to space on July 18, a final goodbye before the spacecraft was powered down.

LISA Pathfinder had been directed into a parking orbit in April, keeping it out of Earth's way. The final action this week switches it off completely after a successful 16 months of science measurements.

While some spacecraft are flashy, never sitting still as they zip across the solar system, LISA Pathfinder was as steady as they come -- literally.

It housed a space-age motion detector so sensitive that it had to be protected against the force of photons from the Sun. That was made possible thanks to a system of thrusters that applied tiny reactive forces to the spacecraft, cancelling out the force of the Sun and allowing the spacecraft to stay within 10 nanometers of an ideal gravitational orbit.

These requirements for Pathfinder were so challenging and unique that LISA Pathfinder flew two independent systems based on different designs - one provided by NASA and one by ESA - and ran tests with both during its 16-month mission.

"We were trying to hold it as stable as the width of a DNA helix," said John Ziemer, systems lead for the U.S. thruster system at NASA's Jet Propulsion Laboratory in Pasadena, California. "And we went down from there to the width of part of a DNA helix."

JPL managed development of the thruster system, formally called the Space Technology 7 Disturbance Reduction System (ST7-DRS). The thrusters were developed by Busek Co., Inc., Natick, Massachusetts, with technical support from JPL. During the U.S. operations phase, Pathfinder was controlled using algorithims developed by ST7 team members at NASA's Goddard Space Flight Center in Greenbelt, Maryland. This control system took inputs from the European sensors and sent commands to the thrusters to precisely guide the spacecraft along its path.

JPL finished primary mission experiments in the fall of 2016. In March and April of this year, they continued validating the algorithms used in stabilizing the spacecraft. They improved them through a number of tests.

So why build something this sensitive to begin with?

LISA Pathfinder was just a starting point. The mission was led by ESA as a stepping-stone of sorts, proving the technology needed for an even more ambitious plan, the Laser Interferometer Space Antenna (LISA): a trio of spacecraft proposed to launch in 2034. With each spacecraft holding as still as possible, they would be able to detect the ripples sent out across space by the merging of black holes.

But there's a bigger role for thrusters like the ones on LISA Pathfinder. Ziemer said the operation of super-steady thrusters could serve as an alternative to reaction wheels, the current standard for rotating and pointing spacecraft.

"This kind of technology could be essential for space telescopes," Ziemer said. "They could potentially hold them still enough to image exoplanets, or allow for formation flying of a series of spacecraft."

The thrusters are an enabling technology, opening up a magnitude of precision that simply wasn't available before.

For more information about ST7-DRS, visit: