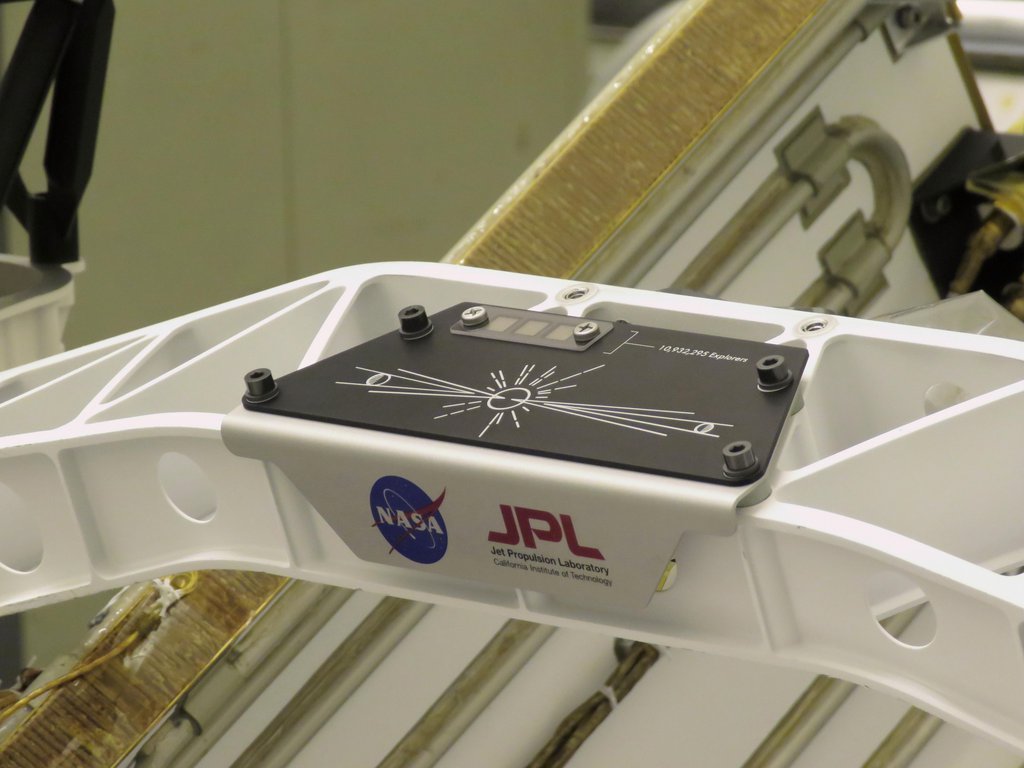 A placard commemorating NASA's Send Your Name to Mars campaign was installed on the Perseverance Mars rover on March 16, 2020, at Kennedy Space Center. 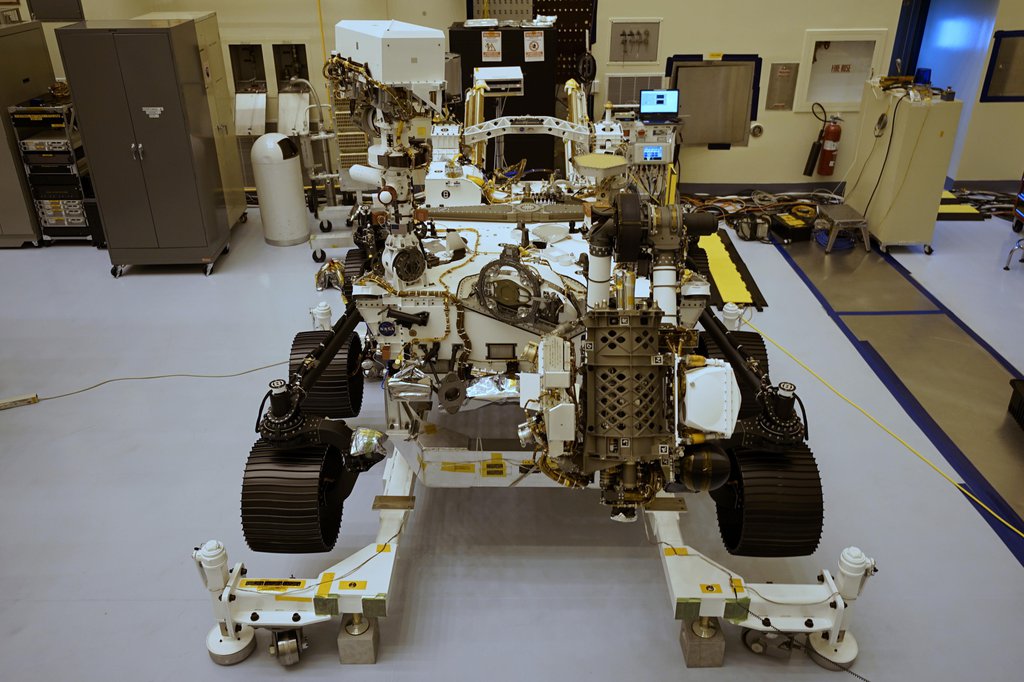 The plate on the aft crossbeam of NASA's Mars Perseverance rover carries 10,932,295 names submitted by people during NASA's Send Your Name to Mars campaign and essays of the 155 finalists in the Name the Rover contest.
Credit: NASA/JPL-Caltech
Full Image Details

NASA's "Send Your Name to Mars" campaign invited people around the world to submit their names to ride aboard the agency's next rover to the Red Planet. Some 10,932,295 people did just that. The names were stenciled by electron beam onto three fingernail-sized silicon chips, along with the essays of the 155 finalists in NASA's "Name the Rover" contest. The chips were then were attached to an aluminum plate on NASA's Perseverance Mars rover at Kennedy Space Center in Florida on March 16. Scheduled to launch this summer, Perseverance will land at Jezero Crater on Feb. 18, 2021.