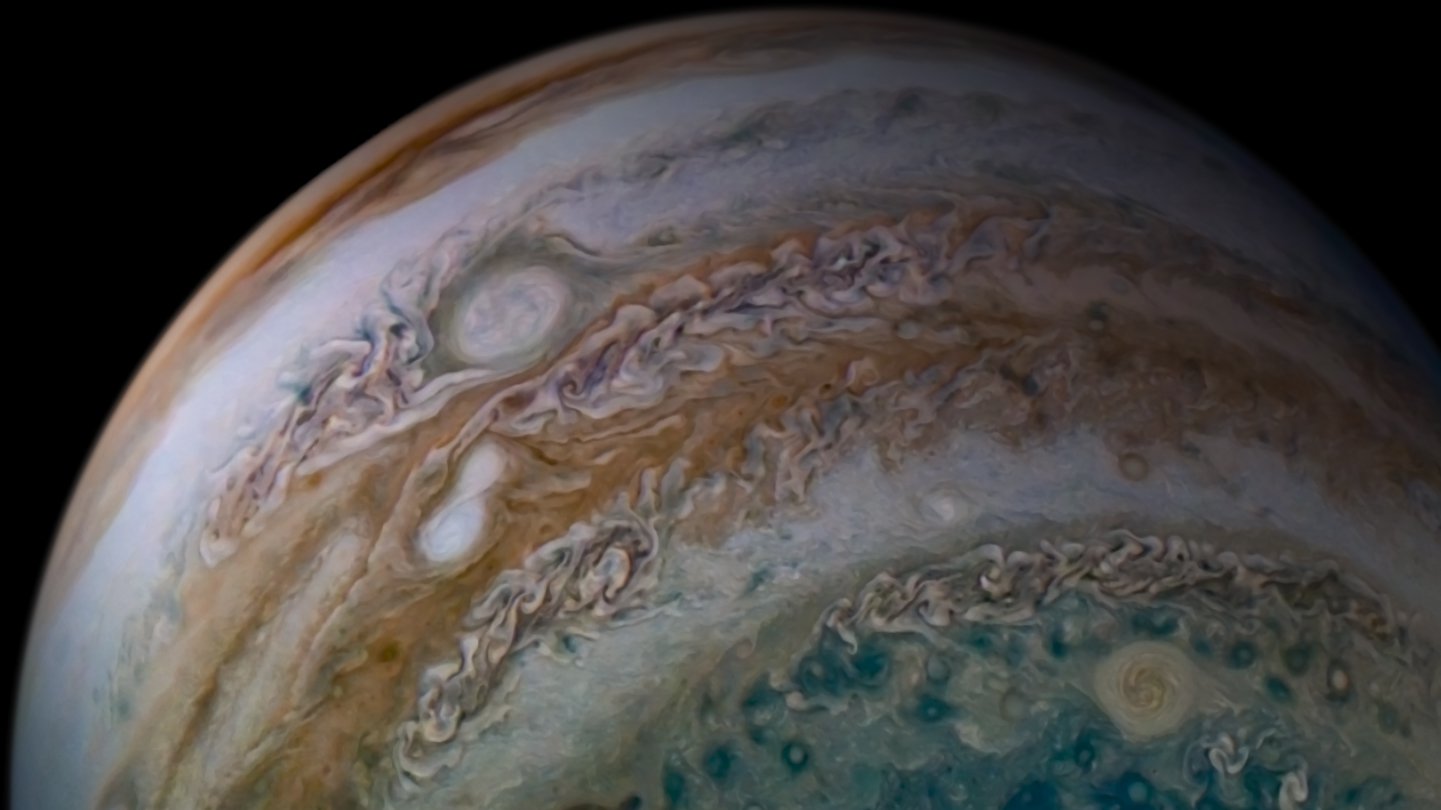 The Juno spacecraft, which entered orbit around Jupiter on July 4, 2016, is the first explorer to peer below the planet's dense clouds to answer questions about the gas giant itself and the origins of our solar system. Now in an extended mission phase, the agency’s most distant planetary orbiter continues its investigation.

On August 5, 2011, NASA’s Juno spacecraft embarked on a 5-year journey to Jupiter, our solar system's largest planet. Juno arrived at Jupiter on July 4, 2016, after a five-year, 1,740-million-mile journey, and settled into a 53-day polar orbit stretching from just above Jupiter’s cloud tops to the outer reaches of the Jovian magnetosphere.

During the prime mission’s 35 orbits of Jupiter, Juno collected more than three terabits of science data and provided dazzling views of Jupiter and its satellites, all processed by citizen scientists with NASA’s first-ever camera dedicated to public outreach. Juno’s many discoveries have changed our view of Jupiter’s atmosphere and interior, revealing an atmospheric weather layer that extends far beyond its water clouds and a deep interior with a dilute heavy element core. Near the end of the prime mission, as the spacecraft’s orbit evolved, flybys of the moon Ganymede initiated Juno’s transition into a full Jovian system explorer.

Now in its extended mission, Juno will continue its investigation of the solar system’s largest planet through September 2025, or until the spacecraft’s end of life. This extension tasks Juno with becoming an explorer of the full Jovian system – Jupiter and its rings and moons – with additional rendezvous planned for two of Jupiter’s most intriguing moons: Europa and Io.

Juno performed an Earth flyby with gravity assist during the month of October, 2013.

The spacecraft arrived at Jupiter and performed its orbit insertion on this date.

Now in an extended mission phase, the agency’s most distant planetary orbiter continues its investigation of the solar system’s largest planet.

Juno’s investigation of Jupiter will continue through September 2025, or until the spacecraft’s end of life.
Learn more
Juno

Interactive 3D model of Juno. View the full interactive experience at Eyes on the Solar System.