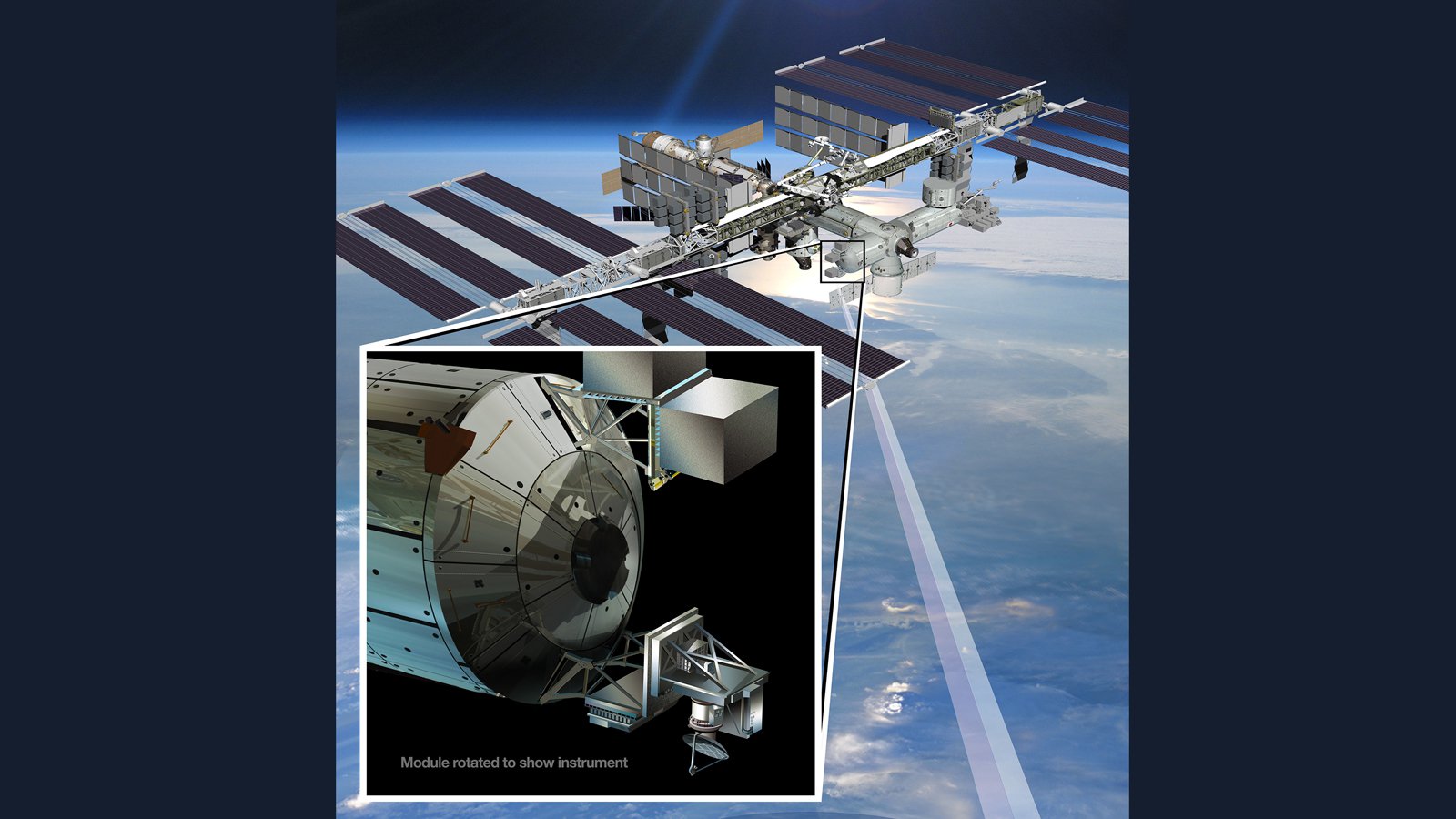 The ISS-RapidScat instrument was a speedy and cost-effective replacement for NASA's QuikScat Earth satellite, which monitored ocean winds to provide essential measurements used in weather predictions, including hurricane monitoring.

The ISS-RapidScat instrument was a speedy and cost-effective replacement for NASA's QuikScat Earth satellite, which monitored ocean winds to provide essential measurements used in weather predictions, including hurricane monitoring. So essential were QuikScat's measurements that when the satellite stopped collecting wind data in late 2009, NASA was challenged to quickly and cost-effectively conceive of a replacement. NASA's Jet Propulsion Laboratory and the agency's station program came up with a solution that uses the framework of the International Space Station and reuses hardware originally built to test parts of QuikScat to create an instrument for a fraction of the cost and time it would take to build and launch a new satellite.

The resulting ISS-RapidScat instrument was aboard the International Space Station and measured Earth's ocean surface wind speed and direction.

ISS-RapidScat used the unique vantage point of the space station to provide near-real-time monitoring of ocean winds, which are critical in determining regional weather patterns. Its measurements of wind speed and direction over the ocean surface have been used by agencies worldwide for weather and marine forecasting and tropical cyclone monitoring. Its location on the space station made it the first space-borne scatterometer that could observe how winds evolve throughout the course of a day.

A power distribution unit for the space station's Columbus module failed, resulting in a power loss to ISS-RapidScat.