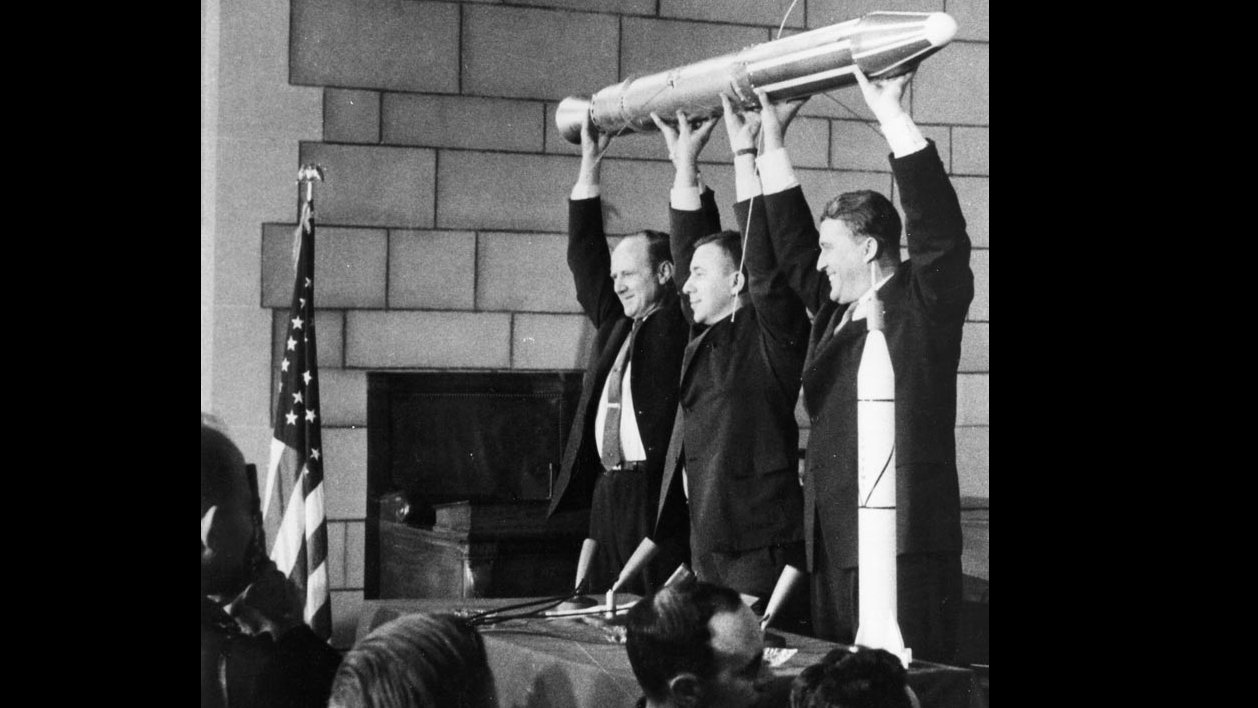 Explorer 1 became the first successfully launched satellite by the United States when it was sent to space on January 31, 1958.

Explorer 1 became the first successfully launched satellite by the United States when it was sent to space on January 31, 1958. A quick response to the Soviet Union's launch of Sputnik 1, Explorer 1's success marked the beginning of the U.S. Space Age.

The satellite, which was designed, built and operated by the NASA Jet Propulsion Laboratory, carried a cosmic ray detector, which lead to Explorer Principal Investigator Dr. James Van Allen's discovery of radiation belts around Earth held in place by the planet's magnetic field. The findings were later named Van Allen belts in honor of their discoverer.

The primary science instrument on Explorer 1 was a cosmic ray detector designed to measure the radiation environment in Earth orbit. Once in space this experiment, provided by Dr. James Van Allen of the State University of Iowa, revealed a much lower cosmic ray count than expected. Van Allen theorized that the instrument may have been saturated by very strong radiation from a belt of charged particles trapped in space by Earth's magnetic field. The existence of these radiation belts was confirmed by another U.S. satellite launched two months later, and they became known as the Van Allen Belts in honor of their discoverer.

After more than 58,000 Earth orbits, Explorer 1 re-entered Earth's atmosphere and was destroyed.