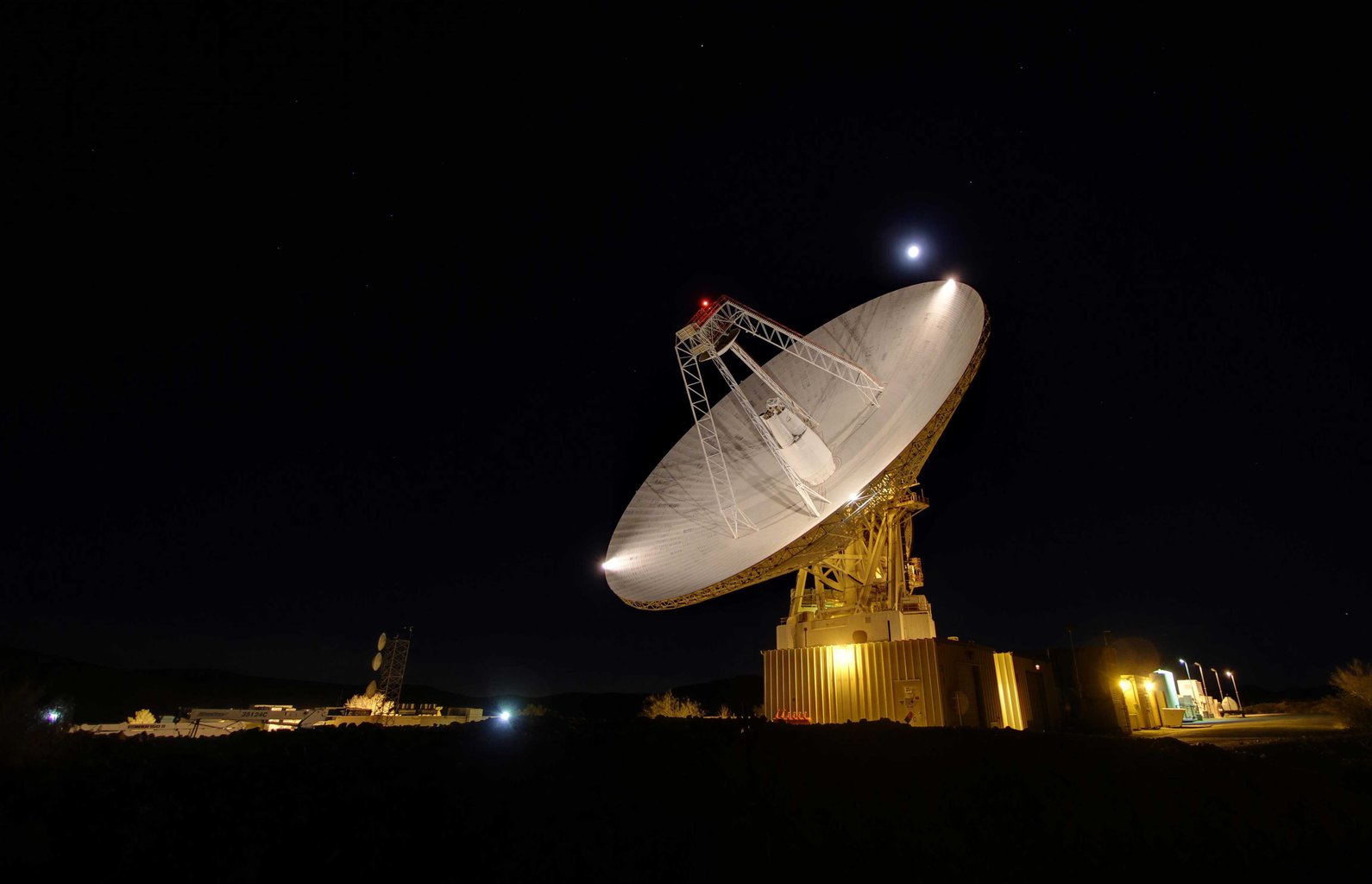 The Deep Space Network is NASA’s international network of facilities used to communicate with faraway spacecraft exploring our solar system.

NASA’s Deep Space Network (DSN) is an international network of facilities managed and operated by JPL's Interplanetary Network Directorate. The DSN supports interplanetary spacecraft missions, radio astronomy, radar astronomy and related observations for the exploration of the solar system and the universe. The DSN also supports selected Earth-orbiting missions. The antennas of the DSN are the indispensable link to robotic explorers venturing beyond Earth. They provide the crucial connection for commanding our spacecraft and receiving their never-before-seen images and scientific information on Earth, propelling our understanding of the universe, our solar system and ultimately, our place within it.

The DSN consists of three antenna facilities spaced at equal distances from each other (about 120 degrees apart in longitude) around the world, operated through the Network Operations Control Center at JPL:

The strategic placement of these sites permits constant communication with spacecraft as our planet rotates. Before a distant spacecraft sinks below the horizon at one DSN site, another site can pick up the signal and carry on communicating. All three complexes consist of at least four antenna stations, each equipped with large parabolic dish antennas and ultra-sensitive receiving systems capable of detecting incredibly faint radio signals from distant spacecraft.

The DSN is much more than a collection of big antennas. It is a powerful system for commanding, tracking and monitoring the health and safety of spacecraft at many distant planetary locales. The DSN also enables powerful science investigations that probe the nature of asteroids and the interiors of planets and moons.

Live feed of transmissions to and from NASA's Deep Space Network. View site