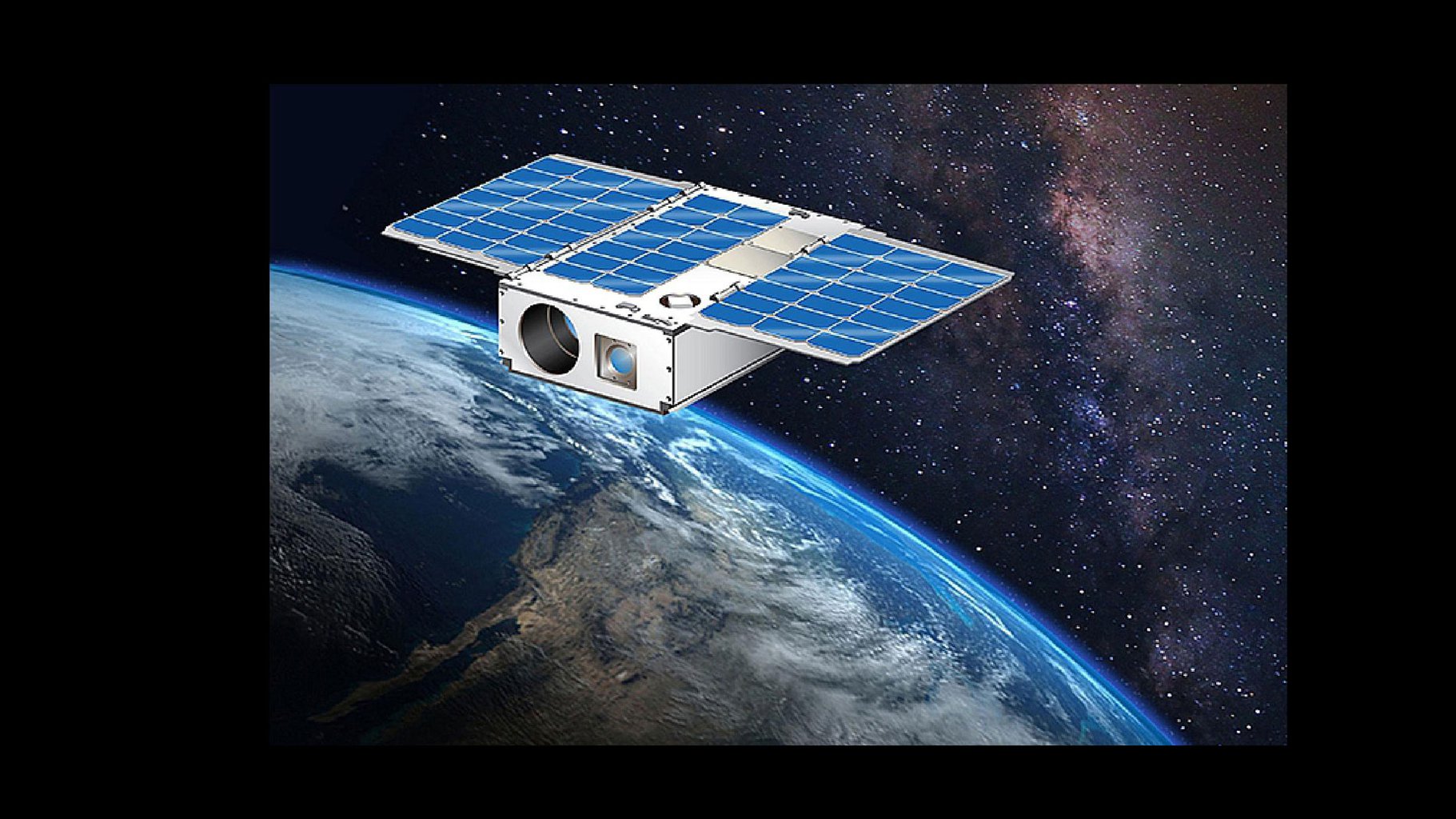 About the Extended Mission

During its extended mission, ASTERIA conducted precision photometric monitoring (precise recording of the brightness of objects such as stars over time). The star 55 Cancri (55 Cnc) is known to host multiple exoplanets, one of which is known to transit (pass in front of) the star. This planet, 55 Cnc e, is a "super-Earth," about twice the diameter of Earth. When the planet passes in front of the star it blocks only about 0.04% of the star's light. ASTERIA detected this minute temporary dimming, making it the smallest spacecraft ever to detect an exoplanet (paper; press release). ASTERIA also monitored the stars HD219134 and Alpha Centauri AB for potential new transiting exoplanets, various bright calibration stars, and Uranus. Image data from the precision photometric monitoring campaigns will be released on the NASA Exoplanet Archive on a rolling basis from Fall 2020 through Spring 2021.

During the extended mission, ASTERIA also was used as an in-space platform to demonstrate and mature three autonomy-related technologies. The first of these was JPL's autonomous optical navigation software (AutoNav). The AutoNav software computes a spacecraft's position and velocity in inertial space using only optical images of navigation targets. These targets can be asteroids, planets, comets or even other spacecraft. This software had been previously flown with great success on two of JPL's comet missions, Deep Space 1 and Deep Impact. The ASTERIA mission provided an opportunity to operate the AutoNav software on a CubeSat form factor, and to apply the algorithms to execute in Low Earth Orbit instead of the previous deep space applications. With its visible light astrometric camera and stable attitude control system, the ASTERIA spacecraft promised to be a capable platform for the imaging of navigation targets. The AutoNav software was successfully operated on board ASTERIA in November 2019, using sequenced images of the asteroid Vesta. Several images of geosynchronous spacecraft were successfully imaged by ASTERIA and processed on the ground using an updated version of AutoNav, demonstrating the viability of AutoNav to use such targets for navigation.

Another autonomy experiment demonstrated the capabilities of spacecraft activity planning, scheduling and execution as a more flexible way to command a spacecraft at a higher task-level than time-based sequences. In the fall of 2019, the ASTERIA CubeSat was commanded with task networks using MEXEC (Multi-mission EXECutive), an integrated, task-based, planning and execution library developed at JPL. Task networks model spacecraft constraints and behavior, checking that conditions are satisfied prior to executing a command. When used in conjunction with smart, on-board planning and execution systems like MEXEC, Task networks enable the ability to re-plan on-board with the most up to date information, which can increase science return and be more robust to unexpected changes. In this on-board experiment, MEXEC and task networks replicated the behavior of traditional sequences to perform nominal science observations and pass setups. This was an important first step to show the viability of spacecraft commanding through task networks and to lay the foundation for more robust and autonomous behavior. All task networks executed as expected, including successful observations of the Moon, the asteroid Vesta, the star HD219134, and New York City.

Additional MEXEC capabilities were exercised using the ground-based testbed, including the ability to react to events by establishing MEXEC maintenance goals such as managing momentum. External torques acting on the spacecraft cause momentum buildup, which can result in attitude control loss. In the prime mission, science observations were scheduled to avoid times when the predicted momentum or reaction wheel zero crossings were unfavorable. When the momentum magnitude of the spacecraft increased above an acceptable limit, the original fault protection response was to reset the spacecraft, requiring reset recovery procedures and causing upcoming observations to be lost. MEXEC monitors momentum and reacts with commands to dump momentum before the fault protection limit is reached, avoiding costly reset recovery procedures and lost science. MEXEC will reschedule and resume science observations once the momentum has returned to an acceptable magnitude. In this experiment, MEXEC scheduled activities to dump momentum and recovered the planned observations four times. This demonstrated that MEXEC can responds to on-board state information to maintain goals such as momentum management.

Each of these autonomy technologies was checked for software bugs using static analyzers, integrated with the ASTERIA F Prime software and approved for uplink through a Software Review Certification Record process. A final experiment was performed on the ground after the end of the mission, in which an integration of the three technologies demonstrated successful and persistent autonomous orbit determination even in the presence of faults.