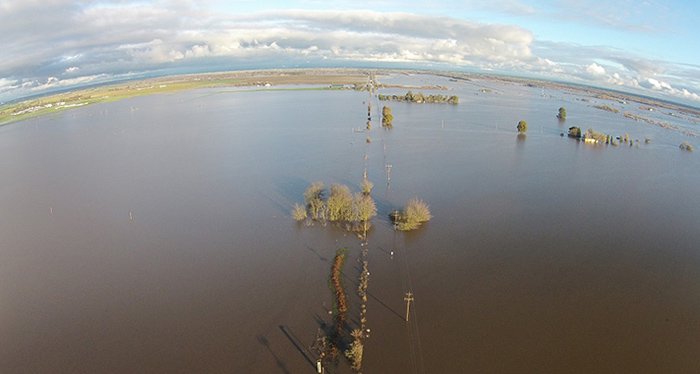 Among the U.S. states, California is atypical in that it has both highly variable annual precipitation, leading to major droughts and floods; as well as a great disparity between where and when the precipitation falls, where people live, and where crops are grown. To deal with these issues, California has a vast array of infrastructure in place to store, channel and convey water throughout the state, much of which also serves to protect against floods. Monitoring and maintaining the infrastructure that carries our water where we need it is both critical and an enormous undertaking, involving local, state, and federal resources. Even today, most of the monitoring is done through visual inspection from motor vehicles or on foot, a formidable task that affords neither frequent nor comprehensive measurements. Researchers at JPL are working to change that, using techniques developed for Earth science to measure Earth surface deformation using airborne radar. This game-changing technology has been applied to detect subsidence (sinking) of sections of the California Aqueduct during the recent drought and to identify levees that are subsiding in the Sacramento delta. In this lecture, Jones will describe how NASA uses a high-resolution, airborne radar to identify these hazards before they can become disasters.