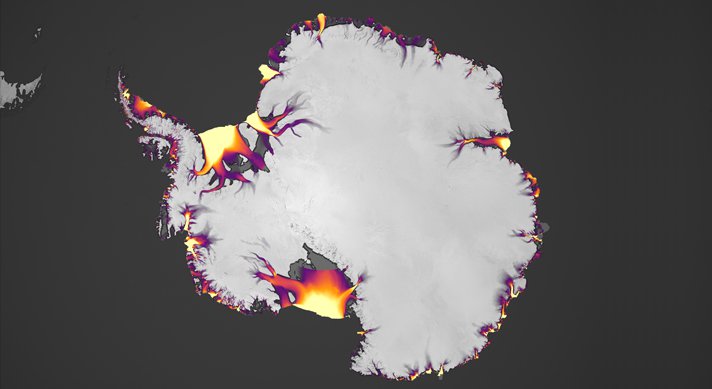 Glaciers and ice sheets hold massive amounts of freshwater locked up as ice. The loss of glacial ice due to melting as our climate warms or from calving of icebergs can have large impacts on the Earth system and on society. These stores of freshwater feed water supplies that support millions of people around the world, raise global sea levels, and can even change the rate of Earth’s rotation. It is now nearly certain that as Earth’s atmosphere and oceans warm over the coming centuries, glaciers and ice sheets will continue to retreat and sea levels will continue to rise. The big question now is at what rate and by how much? With trillions of dollars in infrastructure and large populations located in areas vulnerable to rising seas, researchers around the world are analyzing a diverse collection of satellite and airborne measurements in an effort to learn how and why the world’s ice has responded in complex ways to recent changes in both air and ocean temperatures. In this talk JPL’s Alex Gardner will reveal a world of rapid change as seen through the eyes of a NASA glaciologist.

Alex Gardner is a research scientist at NASA’s Jet Propulsion Laboratory. He earned a degree in Engineering from the University of Saskatchewan, a doctorate in Earth Sciences from the University of Alberta and was a Natural Sciences and Engineering Research Council of Canada research fellow in the Department of Atmospheric, Oceanic, and Space Sciences at the University of Michigan. Alex studies Earth’s cryosphere (frozen Earth) with a particular focus on glaciers and their impacts on sea level rise and water resources. He is interested in how glaciers respond to natural and human-induced changes in atmosphere and ocean as well as how changes in the reflectivity of snow and ice modify Earth’s climate. He has published numerous high-impact scientific papers on the topic, is a contributing author to the United Nations’ Intergovernmental Panel on Climate Change’s 5th assessment report, and is a member of NASA’s Sea Level Change and ICESat-2 Science Definition Teams.