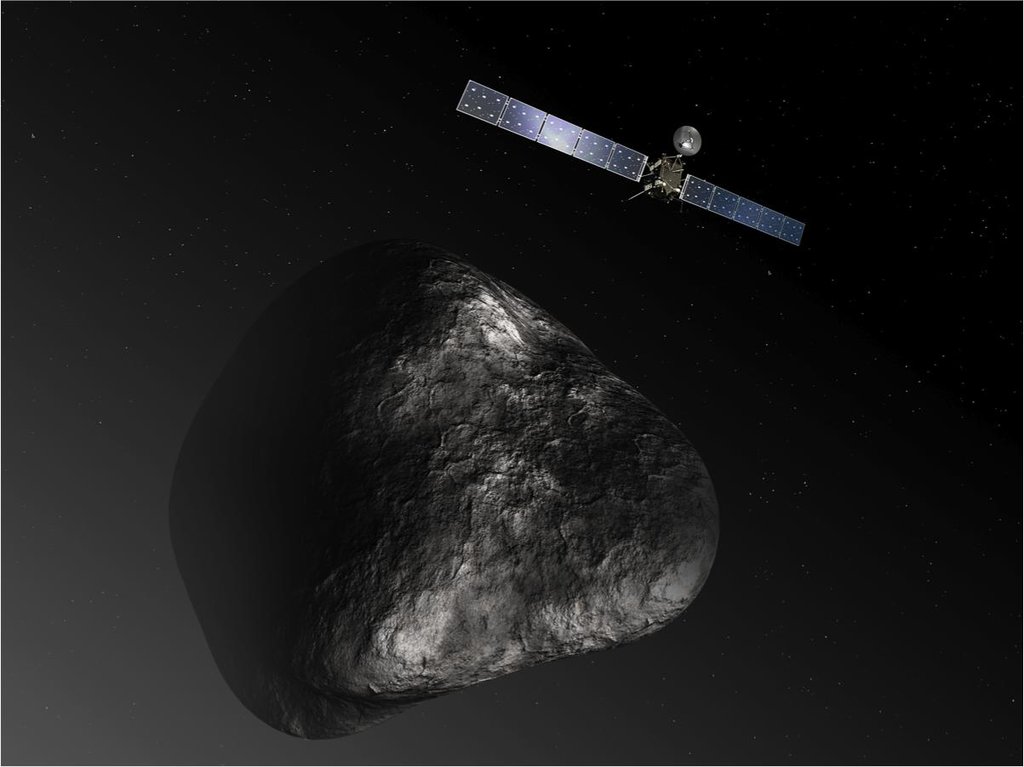 Artist's impression of the Rosetta orbiter at comet 67P/Churyumova-Gerasimenko. The image is not to scale.
Credit: ESA/ATG Medialab
Full Image Details

Rosetta has been one of the most difficult space missions ever attempted. After 10 years of flight it caught up with a comet speeding at 55,000 km/h and dropped a lander on its surface. Then the mother craft orbited the comet for another year and a half coming as close as 6 km from the surface. In September of 2016 this very mother ship, not designed for landing, will touch down onto the comet to end the mission. The lecture will not only describe this upcoming landing but will tell you what we have learned from Rosetta about comets and the formation of the solar system.