February 2015 - No way back: Charting Irreversible Climate Change with Jason-3 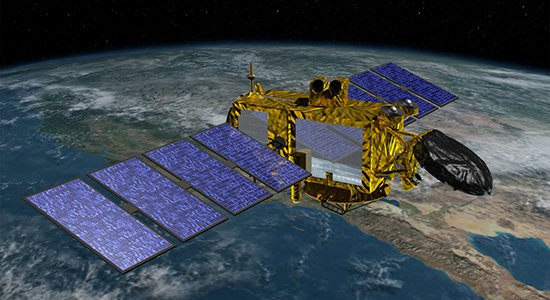 No way back: Charting Irreversible Climate Change with Jason-3

As humans drive Earth's climate into a new regime, it is critical to keep our fingers on the pulse of the planet. Sea level rise is both a stark reminder of our impact on the climate and its impact on us. The oceans capture over 90 percent of the heat trapped by greenhouse gases, expanding as they warm. They also collect water from melting glaciers and ice sheets, making sea level rise a doubly important indicator of global warming. Without adaptation, a 2 meter rise would displace 187 million people worldwide. Sea level will continue to rise, but how fast? Like its predecessors, Jason-3 will serve as our eyes on sea level rise. Measuring global sea level once every 10 days, it will chart out the global rise of the oceans--a rise that is unlikely to subside or reverse for generations. But Jason-3 will be more than a sentinel of climate change. It will also measure the tilt of the ocean surface providing oceanographers with information about ocean currents, measure wind and waves helping forecasters predict marine weather, and even find local warm spots that can intensify hurricanes. In short, Jason-3 is going to be pretty cool.

No way back: Charting Irreversible Climate Change with Jason-3