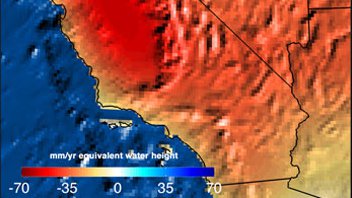 Drought: Are We In or Out?

California's history is written in great droughts. With California now in its fourth year of below-normal rainfall and snowpack, the state faces its most severe drought emergency in decades. Governor Jerry Brown has called for Californians to voluntarily reduce water, and mandatory rationing could be ordered soon so that homes, businesses and farms don't run dry. And, of course, the wildfire danger is also unusually high. How did we get into this drought? In part, blame it on the Pacific Decadal Oscillation, or "PDO," a slowly oscillating pattern of sea surface temperatures in the Pacific Ocean. At the moment, the PDO might being 'flipping' out of its dry phase--a condition historically linked to extreme high-pressure ridges that block West Coast storms and give the Midwest and East Coast punishing winters. Will a much advertised El Nino give us drought relief? How does drought impact the Southern California coastal marine environment? To find out how this story may develop this winter, the current prognosis for continued drought and how we deal with future droughts, attend this talk!

Drought: Are We In or Out?