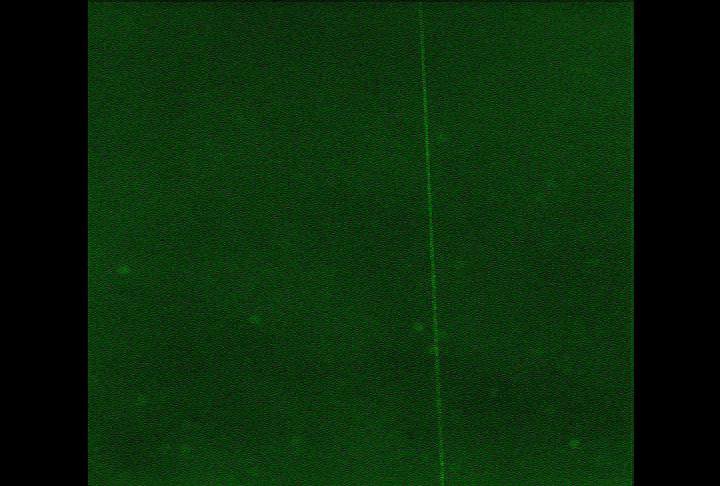 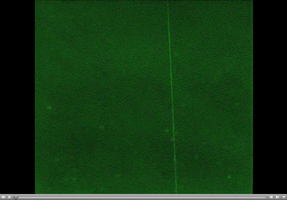 A laser beam from the Canadian-built lidar instrument on NASA's Phoenix Mars Lander can be seen in this contrast-enhanced sequence of 10 images taken by Phoenix's Surface Stereo Imager on July 26, 2008, during early Martian morning hours of the mission's 61st Martian day after landing.

The view is almost straight up and includes about 1.5 kilometer (about 1 mile) of the length of the beam. The camera, from its position close to the lidar on the lander deck, took the images through a green filter centered on light with wavelength 532 nanometers, the same wavelength of the laser beam. The movie has been artificially colored to to approximately match the color that would be seen looking through this filter on Mars. Contrast is enhanced to make the beam more visible.

The lidar beam can be seen extending from the lower right to the upper right, near the zenith, as it reflects off particles suspended in the atmosphere. Particles that scatter the beam directly into the camera can be seen to produce brief sparkles of light. In the background, dust can be seen drifting across the sky pushed by winds aloft.