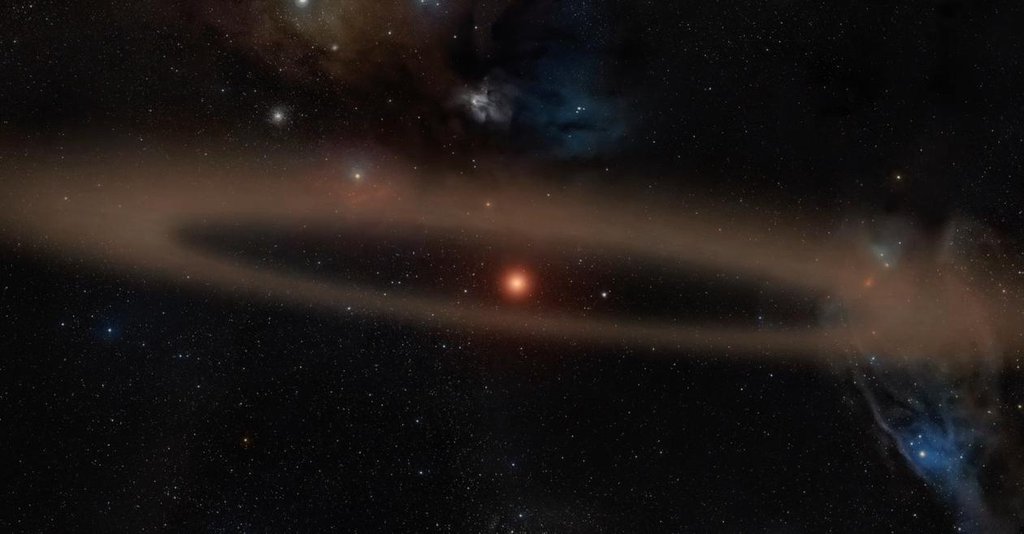 When a planet such as K2-33b passes in front of its host star, it blocks some of the star's light. Observing this periodic dimming, called a transit, from continual monitoring of a star's brightness, allows astronomers to detect planets outside our solar system with a high degree of certainty. This Neptune-sized planet orbits a star that is between 5 and 10 million years old. In addition to the planet, the star hosts a disk of planetary debris, seen as a bright ring encircling the star.