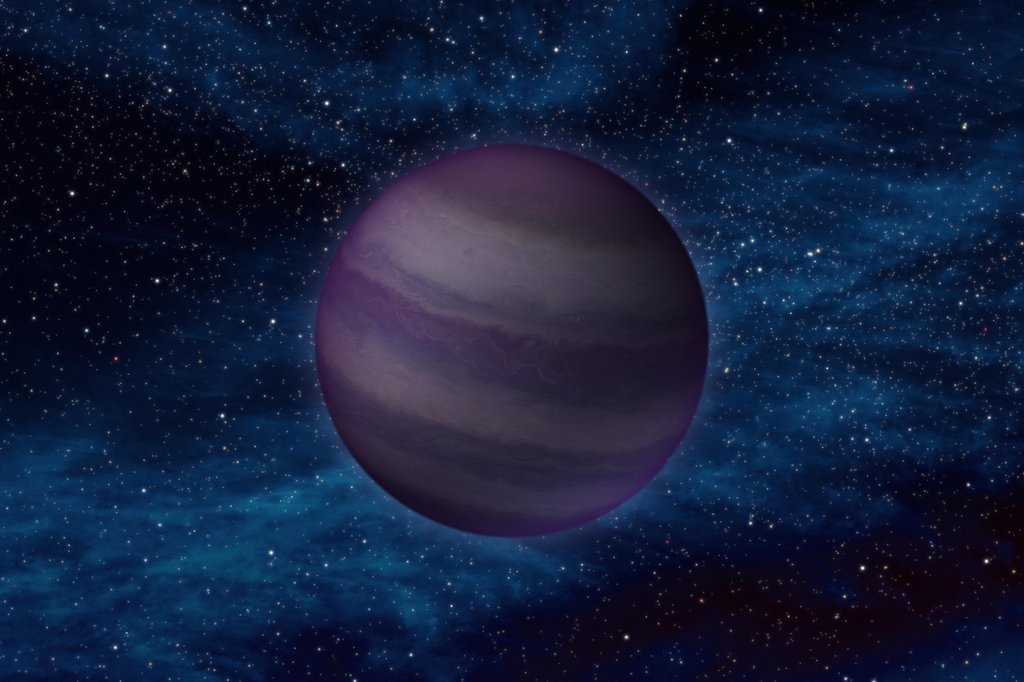 This artist's conception illustrates what a "Y dwarf" might look like. Y dwarfs are the coldest star-like bodies known, with temperatures that can be even cooler than the human body. NASA's Wide-field Infrared Survey Explorer uncovered these elusive objects for the first time, using its heat-sensing, infrared vision. The telescope found six Y dwarfs, ranging in atmospheric temperatures from 350 degrees Fahrenheit (175 degrees Celsius) to less than about 80 degrees Fahrenheit (25 degrees Celsius).

Y dwarfs belong to a larger family of objects called brown dwarfs. Brown dwarfs begin their lives like stars but they never accumulate enough mass to fuse atoms steadily at their cores and shine with starlight -- as our sun does so well. Instead, they fade and cool with time, giving off most of their light in infrared wavelengths.

WISE was able to pick up this faint glow for six Y dwarfs, which are the coldest class of brown dwarfs and the latest letter in the stellar classification scheme. This scheme describes stars of all temperatures, beginning with the hottest "O" stars and now ending with the coldest Y dwarfs. The entire scheme includes the classes: O, B, A, F, G, K, M, L, T, Y. Our yellow sun belongs to the G class of stars. M stars are colder than our sun, and reddish in color.

While the O through K classes are all considered stars, M and L objects are a mixture of stars and brown dwarfs, and T and Y objects are all brown dwarfs. The term "brown dwarfs" was chosen because at that time, astronomers didn't know what colors these objects would actually have at the visible wavelengths our eyes see, and brown is not a true color of light (there are no "brown photons"). Astronomers now know that T dwarfs would appear reddish, or magenta, to the eye. But they are not certain what color Y dwarfs are, since these objects have not been detected at visible wavelengths. The purple color shown here was chosen mainly for artistic reasons. In addition, the Y dwarf is illustrated as reflecting a faint amount of visible starlight from interstellar space.