Wrinkle Ridges on the Moon 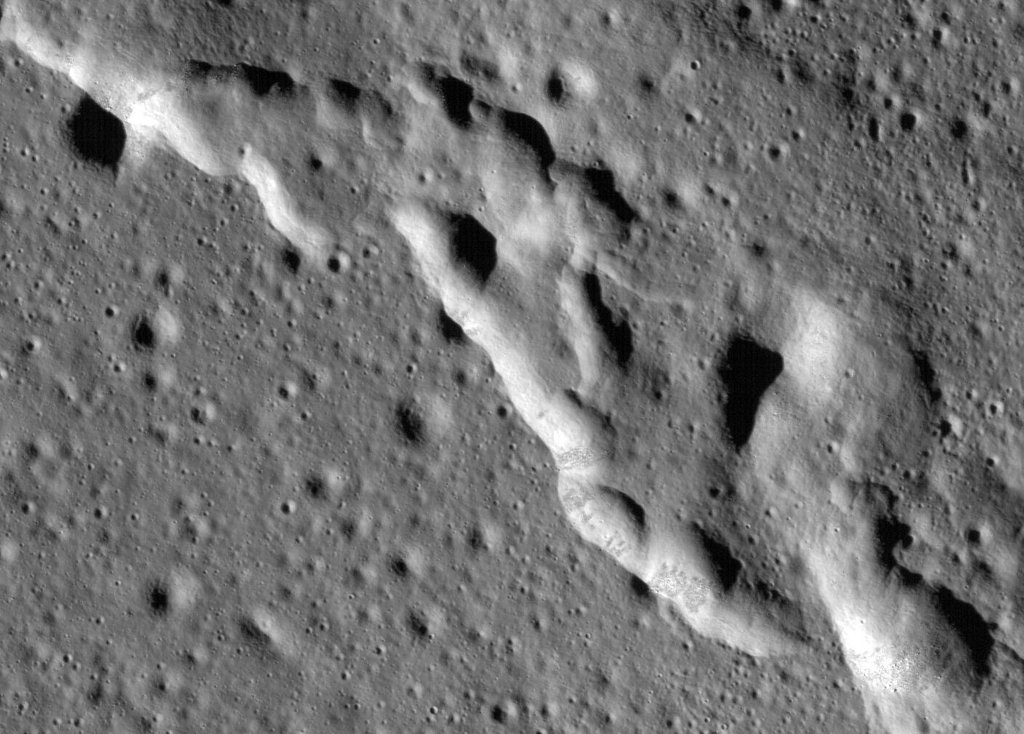 Scientists have discovered these wrinkle ridges in a region of the Moon called Mare Frigoris. These ridges add to evidence that the Moon has an actively changing surface. This image was taken by NASA's Lunar Reconnaissance Orbiter (LRO).