Worlds on the Edge (Artist's Concept) 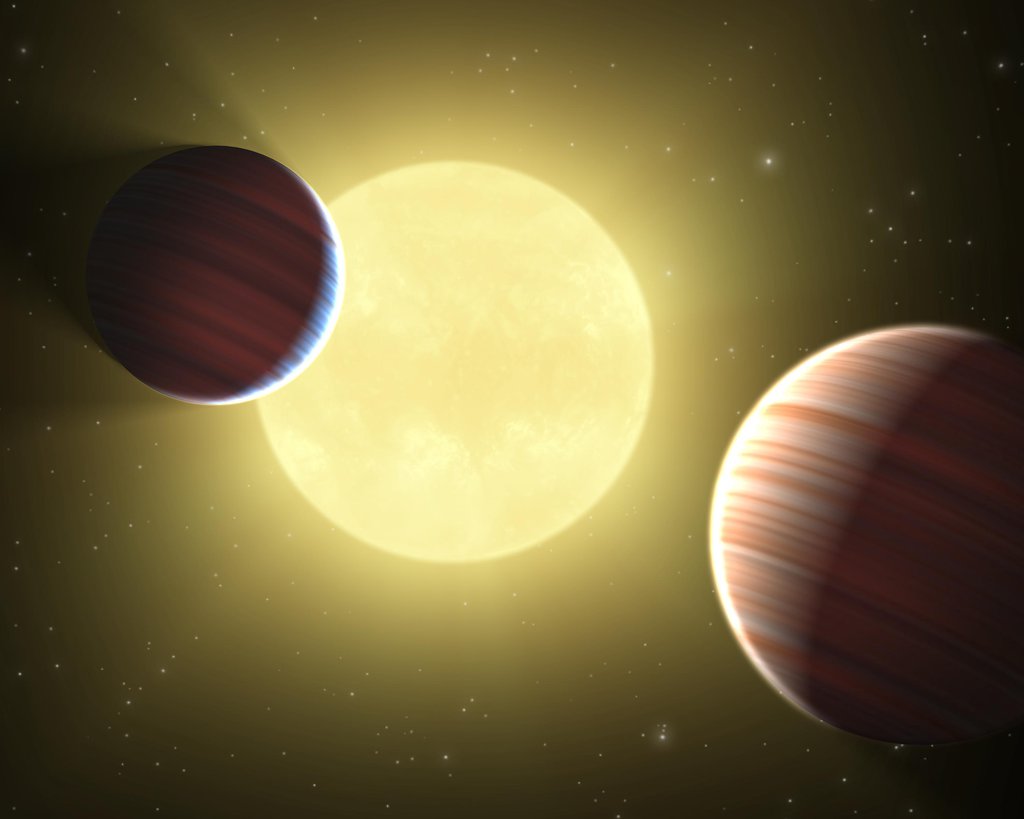 This artist's concept illustrates the two Saturn-sized planets discovered by NASA's Kepler mission. The star system is oriented edge-on, as seen by Kepler, such that both planets cross in front, or transit, their star, named Kepler-9. This is the first star system found to have multiple transiting planets.