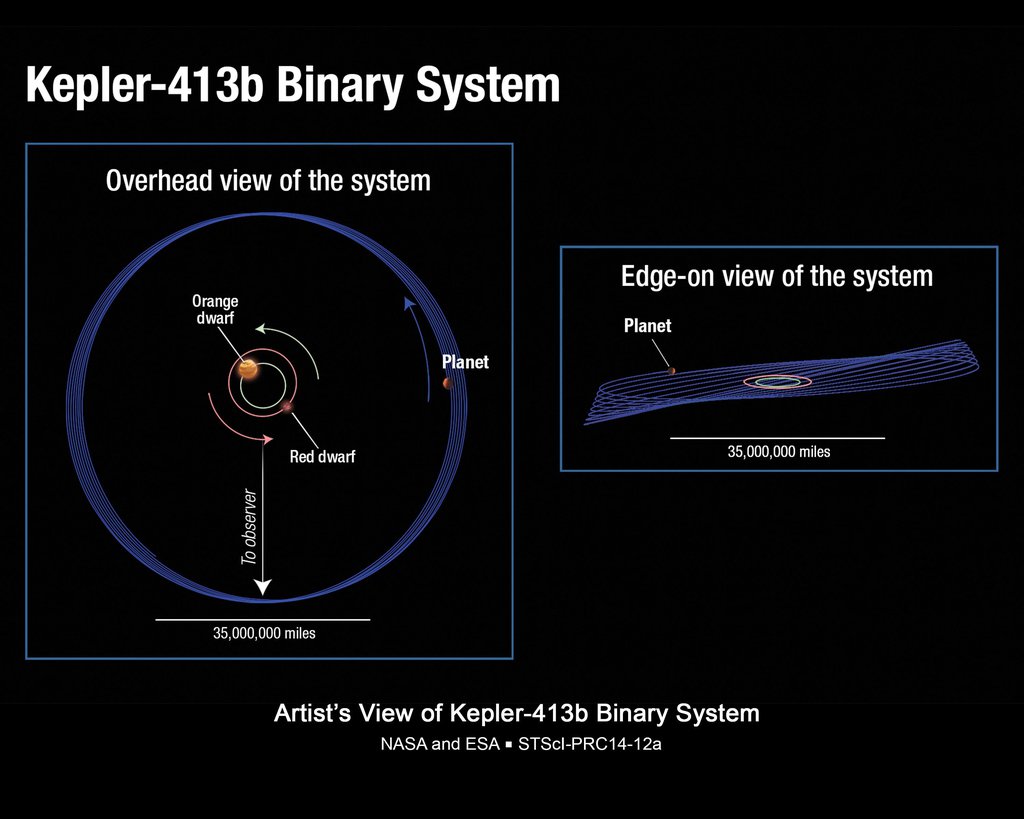 This illustration shows the unusual orbit of planet Kepler-413b around a close pair of orange and red dwarf stars. The planet's 66-day orbit is tilted 2.5 degrees with respect to the plane of the binary stars' orbit. The orbit of the planet wobbles around the central stars over 11 years, an effect called precession. This planet is also very unusual in that it can potentially precess wildly on its spin axis, much like a child's top.

The tilt of the spin axis of the planet can vary by as much as 30 degrees over 11 years, presumably leading to the rapid and erratic changes in seasons on the planet and any accompanying large moons that might exist there.

As Kepler views the system nearly edge on, sometimes the planet passes in front of the binary pair, and sometimes it does not. The next transit is not predicted to occur until 2020. This is due not only to the orbital wobble, but also to the small diameters of the stars and the fact that the orbital plane of the stars is not exactly edge-on to Kepler's line of sight.

The vertical axis on the right panel is exaggerated by a factor of 10, for viewing purposes only.