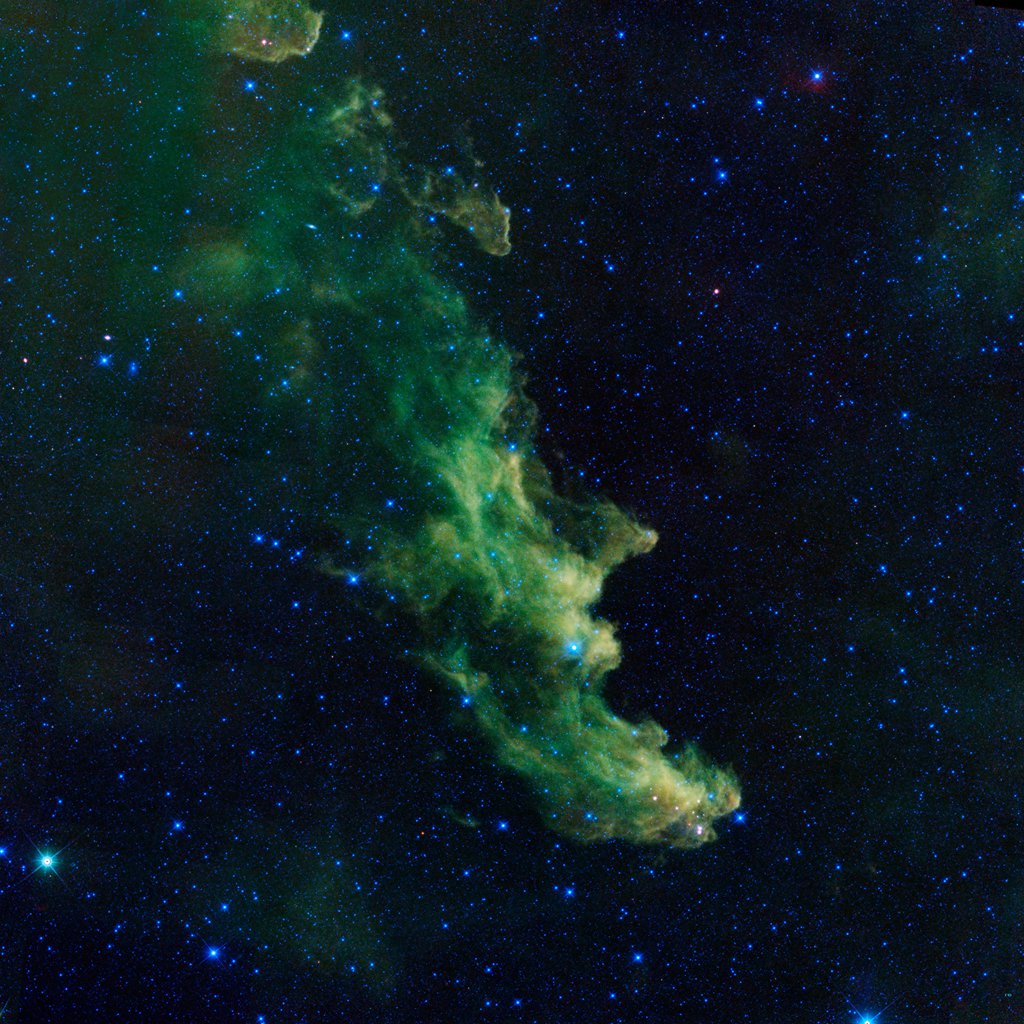 A witch appears to be screaming out into space in this image from NASA's Wide-Field Infrared Survey Explorer, or WISE. The infrared portrait shows the Witch Head nebula, named after its resemblance to the profile of a wicked witch. Astronomers say the billowy clouds of the nebula, where baby stars are brewing, are being lit up by massive stars. Dust in the cloud is being hit with starlight, causing it to glow with infrared light, which was picked up by WISE's detectors.

The Witch Head nebula is estimated to be hundreds of light-years away in the Orion constellation, just off the famous hunter's knee.

WISE was recently "awakened" to hunt for asteroids in a program called NEOWISE. The reactivation came after the spacecraft was put into hibernation in 2011, when it completed two full scans of the sky, as planned.