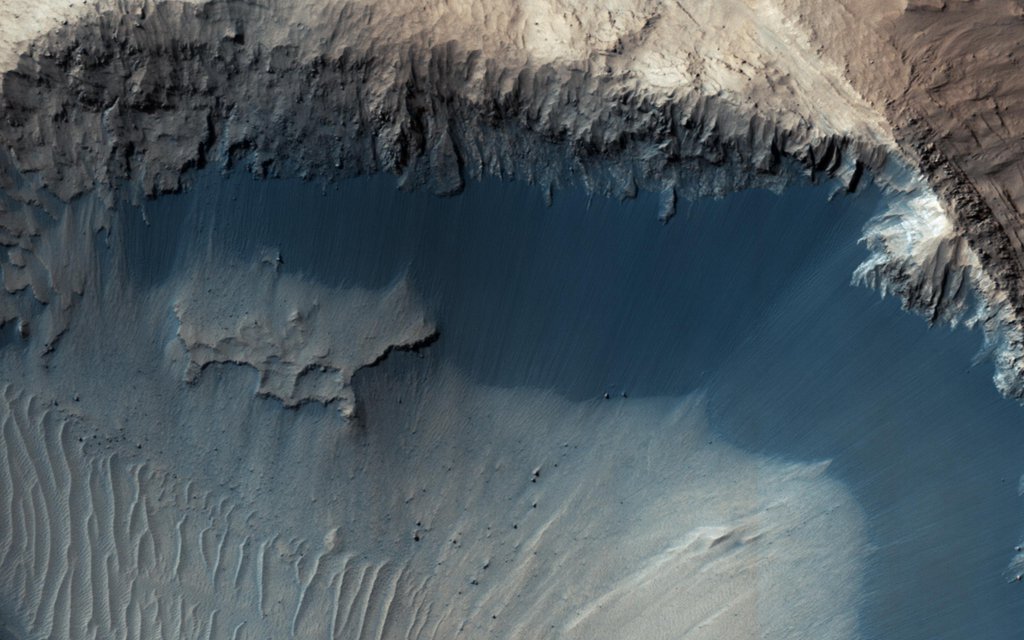 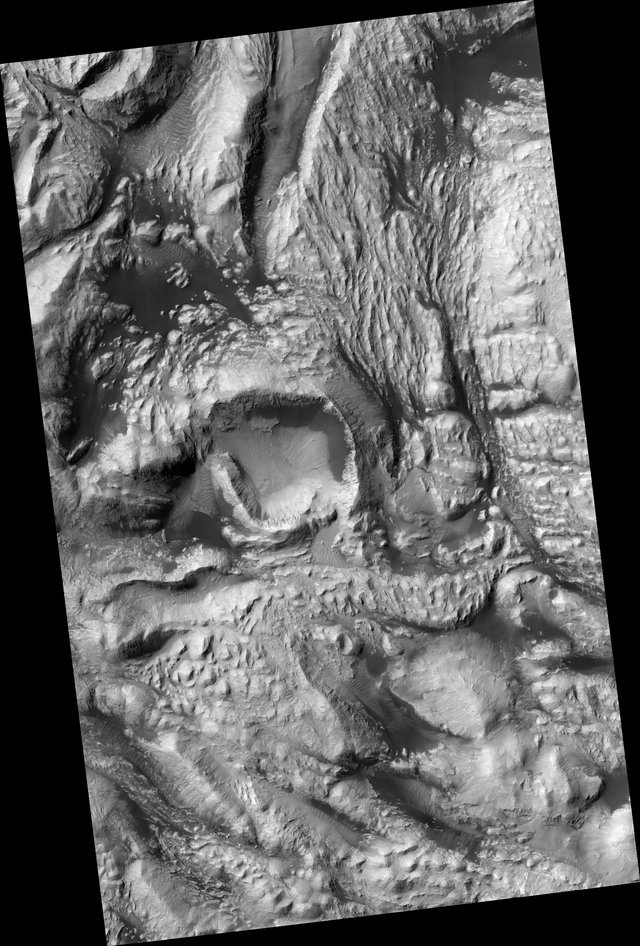 This image from NASA's Mars Reconnaisance Orbiter (MRO) shows one possible place where sand grains are being produced on Mars today. Discovered in images from the Context Camera, this region exhibits dark material that is being eroded from dark layers in the bedrock of a semicircular depression near the boundary of the Southern highlands and the Northern lowlands. Downslope lineations support the notion that these dark sediments are derived locally, and did not accumulate here by coincidence because of the winds.

The grains of sand that make up sand dunes on Earth and Mars have a hazardous existence because of the way that they travel. Wind-blown sand is lifted above the surface of each planet before crashing onto the ground and bouncing in a sequence of repeated hops, a process called saltation.

Sand grains can also roll along the ground as they are blown by the wind, and they are also jostled by other sand gains that are similarly flying across the surface. All of these repeated impacts tend to wear down the sand grains, smoothing them into a more spherical shape and breaking off small fragments that supply the vast dust deposits of Mars. This process (known as comminution) ultimately destroys sand grains and limits the length of time that the particles exist. The fact that we see active sand dunes on Mars today requires that sand particles must be resupplied to replace the grains that are lost over time. Where are the modern day sources of sand on Mars?