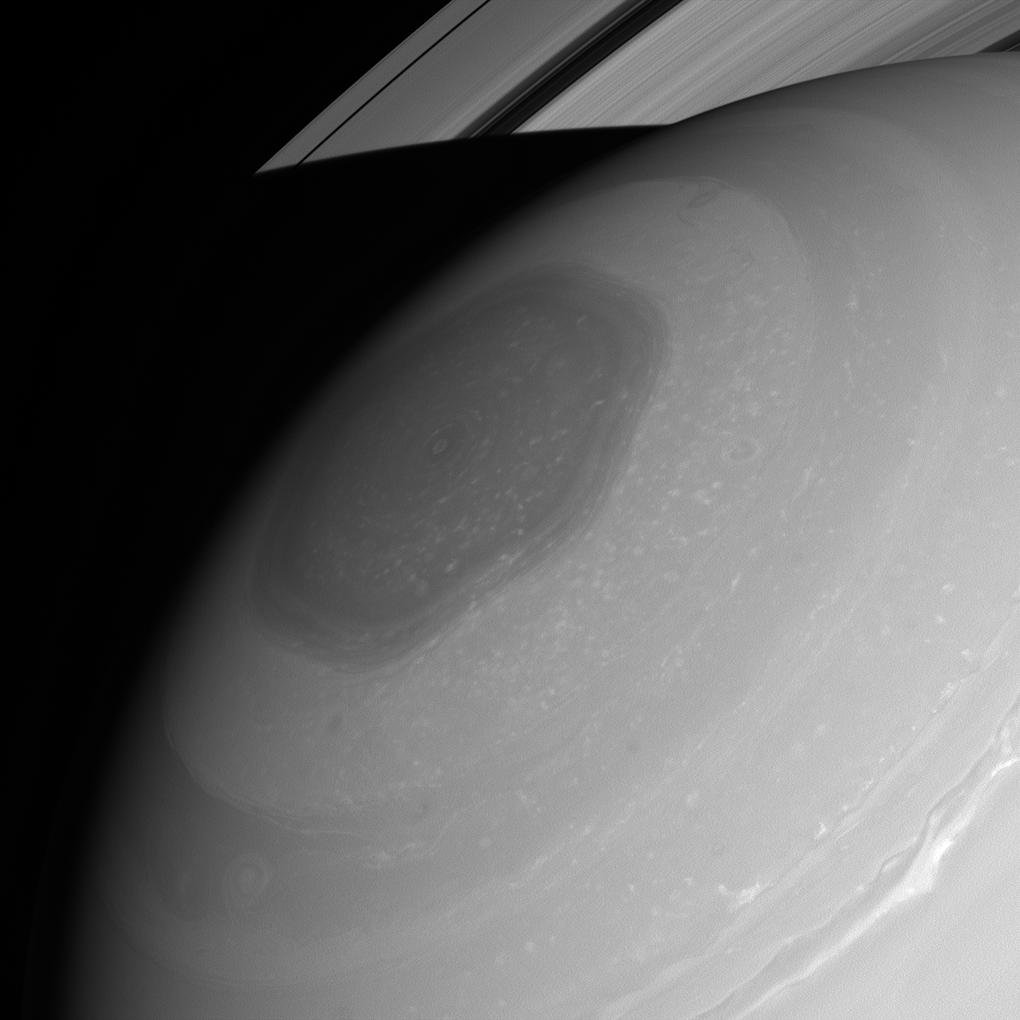 Nature is often more complex and wonderful than it first appears. For example, although it looks like a simple hexagon, this feature surrounding Saturn's north pole is really a manifestation of a meandering polar jet stream. Scientists are still working to understand more about its origin and behavior.

This view looks toward the sunlit side of the rings from about 33 degrees above the ringplane. The image was taken in red light with the Cassini spacecraft wide-angle camera on July 24, 2013.

The view was acquired at a distance of approximately 605,000 miles (973,000 kilometers) from Saturn and at a Sun-Saturn-spacecraft, or phase, angle of 19 degrees. Image scale is 36 miles (58 kilometers) per pixel.