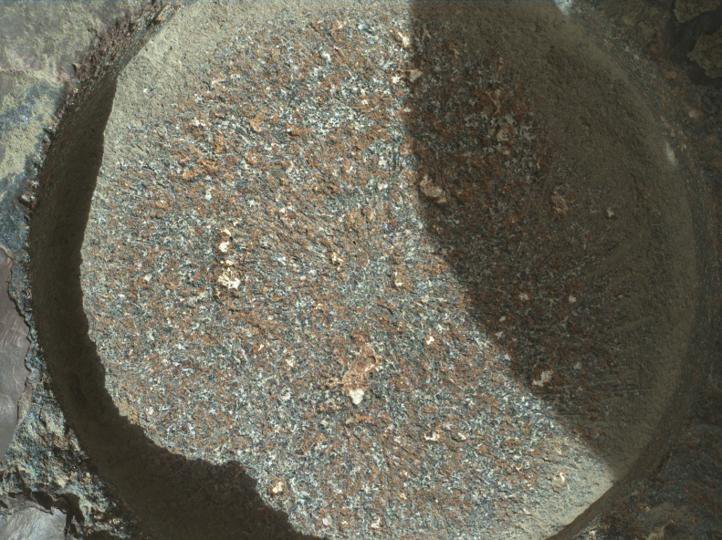 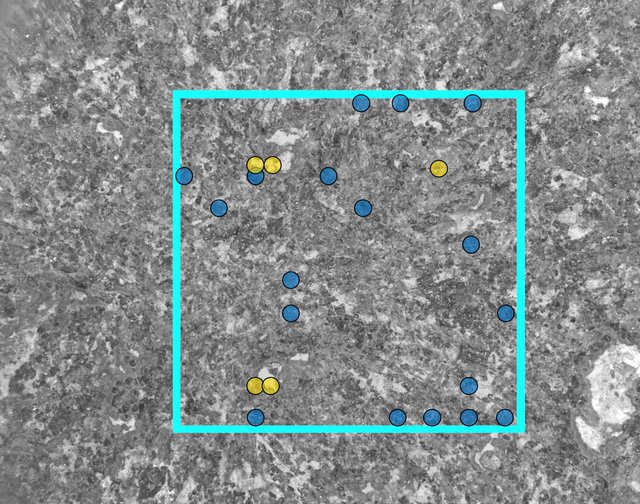 NASA's Perseverance Mars rover used its WATSON (Wide Angle Topographic Sensor for Operations and eNgineering) camera to take eight images – combined here into the single composite image – of a rock abraded by a tool on the rover's robotic arm. The images were taken on Aug. 27, 2021 (the 185th Martian day, or sol, of the mission). Nicknamed "Bellegarde," the abraded target is 2 inches (5 centimeters) in diameter.

The supplemental image (Figure 1) shows details of the abrasion target with a blue box outlining the location of spectral scans performed by the SHERLOC (Scanning Habitable Environments with Raman & Luminescence for Organics & Chemicals) instrument. This area was scanned by SHERLOC for specific minerals on Aug. 28, 2021 (the mission's 186th sol).

A subsystem of SHERLOC, WATSON can document the structure and texture within a drilled or abraded target, and its data can be used to derive depth measurements. The area within the blue box is roughly 6.5 millimeters squared.