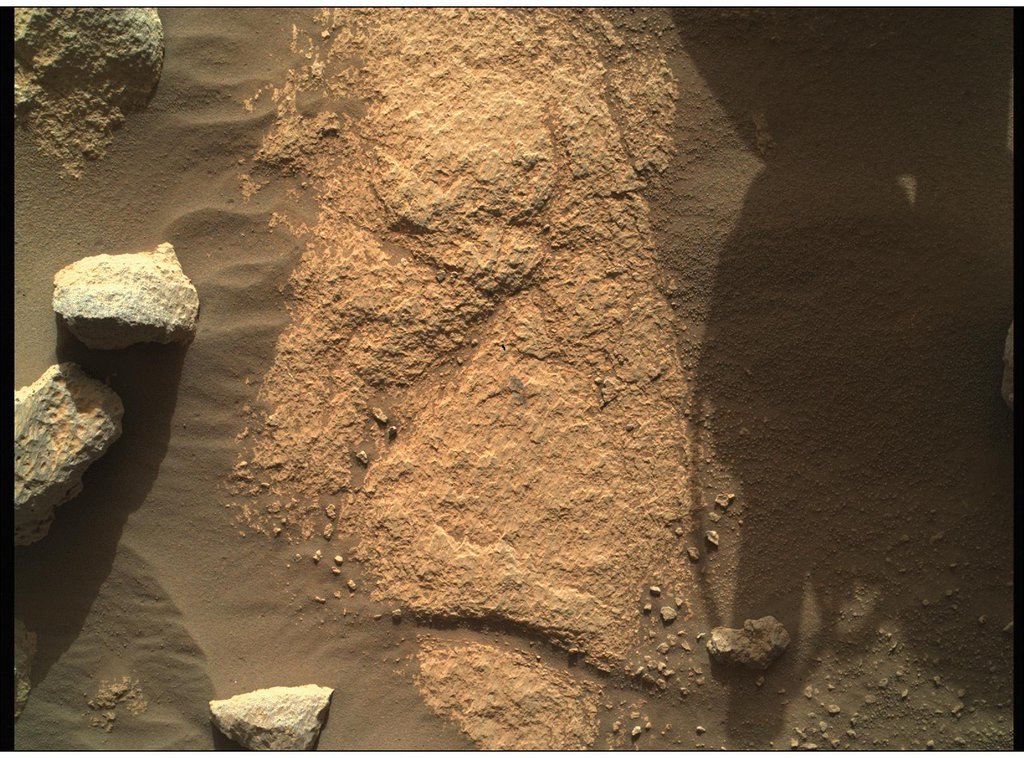 NASA's Perseverance Mars rover used the WATSON camera on the end of its robotic arm to conduct a focus test on May 10, 2021, the 79th Martian day, or sol, of the mission. WATSON (Wide Angle Topographic Sensor for Operations and eNgineering) is located on the SHERLOC (Scanning Habitable Environments with Raman and Luminescence for Organics and Chemicals) instrument, located at the end of Perseverance's long robotic arm.

NASA's Jet Propulsion Laboratory built and manages operations of Perseverance and Ingenuity for the agency. Caltech in Pasadena, California, manages JPL for NASA. WATSON was built by Malin Space Science Systems (MSSS) in San Diego and is operated jointly by MSSS and JPL. A key objective for Perseverance's mission on Mars is astrobiology, including the search for signs of ancient microbial life. The rover will characterize the planet's geology and past climate, pave the way for human exploration of the Red Planet, and be the first mission to collect and cache Martian rock and regolith (broken rock and dust).