Watching Test Drives in California for Rover Mission to Mars 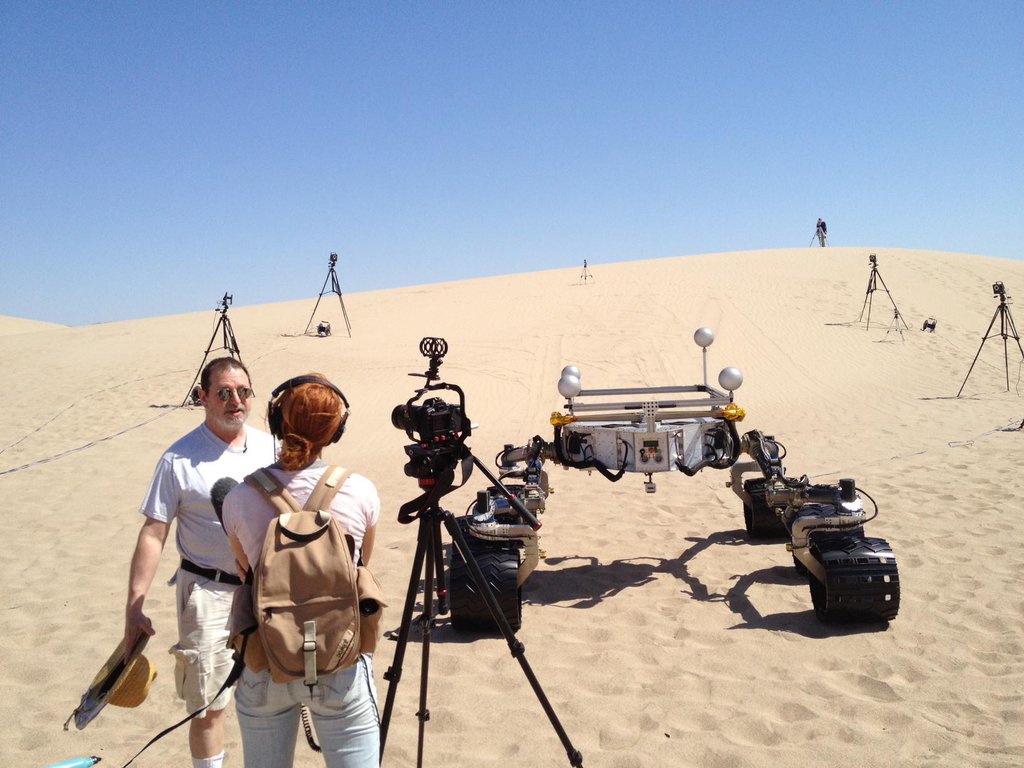 Mars Science Laboratory mission team members ran these mobility tests in early May 2012 in preparation for operating the Curiosity rover, currently en route to Mars, after its landing in Mars' Gale Crater. Scarecrow, so-named because it doesn't have an onboard computer "brain" like Curiosity, has a full-scale version of Curiosity's mobility system, but it is otherwise stripped down so that it weighs about the same on Earth as Curiosity will weigh in the lesser gravity of Mars.

Information collected about Scarecrow's performance in driving up various slopes on windward and downwind portions of dunes will be used by the rover team in decisions about driving on dunes near Mount Sharp inside Gale Crater.

NASA's Mars Science Laboratory mission launched on Nov. 26, 2011, and will deliver the rover Curiosity to Gale Crater on Mars on Aug. 6, 2012, Universal Time and EDT (night of Aug. 5, PDT). With 10 science instruments, Curiosity will investigate whether the area has ever offered environmental conditions favorable for microbial life. NASA's Jet Propulsion Laboratory, a division of the California Institute of Technology in Pasadena, Calif., manages the Mars Science Laboratory mission for NASA's Science Mission Directorate, Washington, and built Curiosity.