Voyagers in the Heliosheath (Artist Concept) 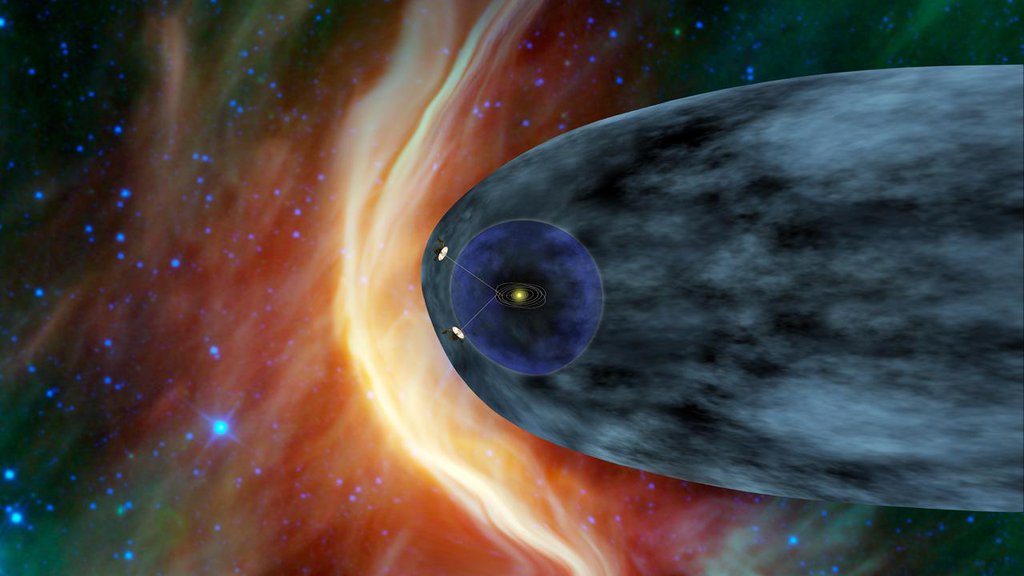 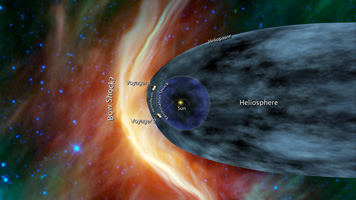 This artist's concept shows NASA's two Voyager spacecraft exploring a turbulent region of space known as the heliosheath, the outer shell of the bubble of charged particles around our sun. After more than 33 years of travel, the two Voyager spacecraft will soon reach interstellar space, which is the space between stars.

Our sun gives off a stream of charged particles that form a bubble around our solar system known as the heliosphere. The solar wind travels at supersonic speeds until it crosses a shockwave called the termination shock. That part of our solar system is shown in dark blue. Voyager 1 crossed the termination shock in December 2004 and Voyager 2 did so in August 2007. Beyond the termination shock is the heliosheath, shown in gray, where the solar wind dramatically slows down and heats up. Outside those two areas is territory dominated by the interstellar wind, which is blowing from the left in this image. As the interstellar wind approaches the heliosphere, a bow shock forms, indicated by the bright arc.

The Voyagers were built by NASA's Jet Propulsion Laboratory in Pasadena, Calif., which continues to operate both spacecraft. JPL is a division of the California Institute of Technology in Pasadena. The Voyager missions are a part of the NASA Heliophysics System Observatory, sponsored by the Heliophysics Division of the Science Mission Directorate.

For more information about the Voyager spacecraft, visit http://www.nasa.gov/voyager.