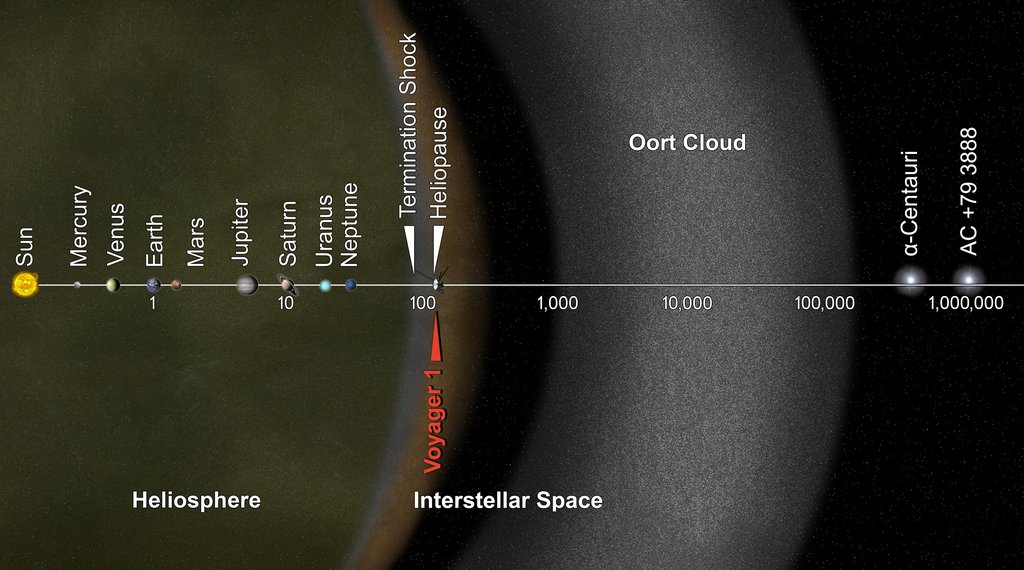 This artist's concept puts solar system distances in perspective. The scale bar is in astronomical units, with each set distance beyond 1 AU representing 10 times the previous distance. One AU is the distance from the sun to the Earth, which is about 93 million miles or 150 million kilometers. Neptune, the most distant planet from the sun, is about 30 AU.

NASA's Voyager 1, humankind's most distant spacecraft, is around 125 AU. Scientists believe it entered interstellar space, or the space between stars, on Aug. 25, 2012. Much of interstellar space is actually inside our solar system. It will take about 300 years for Voyager 1 to reach the inner edge of the Oort Cloud and possibly about 30,000 years to fly beyond it.

Alpha Centauri is currently the closest star to our solar system. But, in 40,000 years, Voyager 1 will be closer to the star AC +79 3888 than to our own sun. AC +79 3888 is actually traveling faster toward Voyager 1 than the spacecraft is traveling toward it.