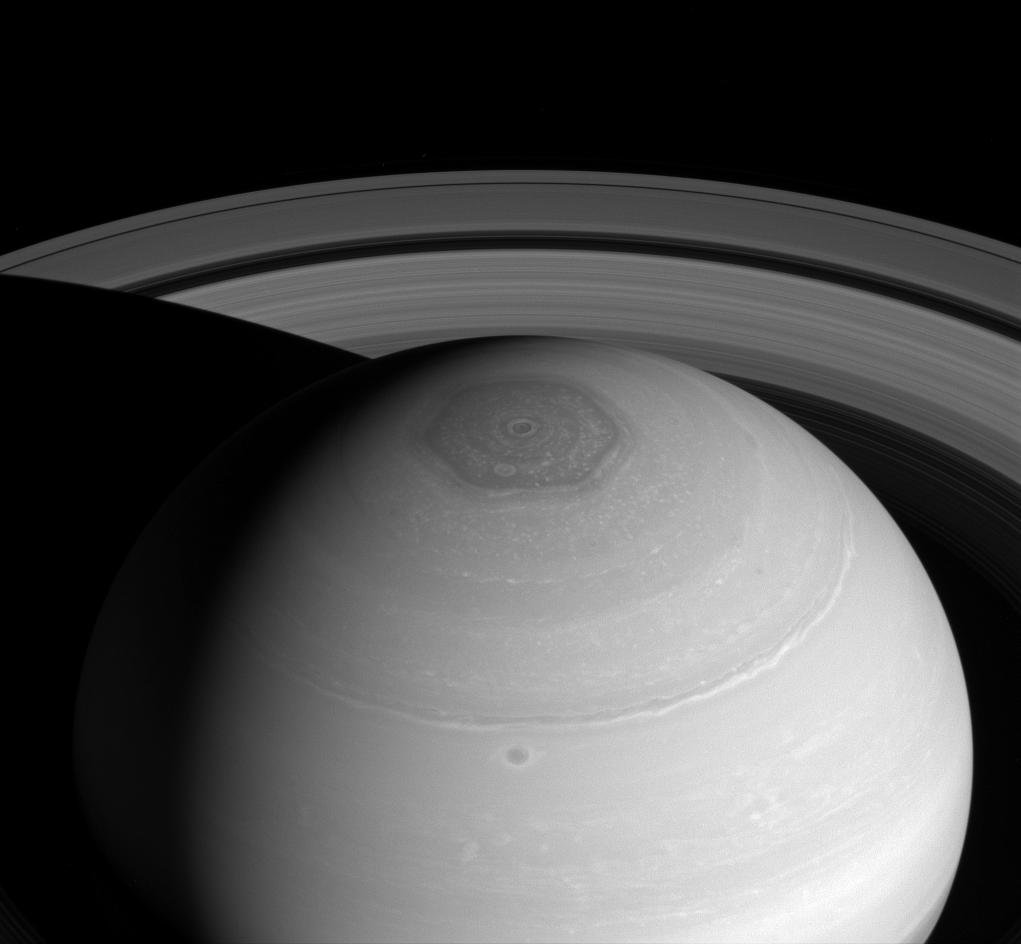 The Cassini spacecraft captures three magnificent sights at once: Saturn's north polar vortex and hexagon along with its expansive rings.

The hexagon, which is wider than two Earths, owes its appearance to the jet stream that forms its perimeter. The jet stream forms a six-lobed, stationary wave which wraps around the north polar regions at a latitude of roughly 77 degrees North.

This view looks toward the sunlit side of the rings from about 37 degrees above the ringplane. The image was taken with the Cassini spacecraft wide-angle camera on April 2, 2014 using a spectral filter which preferentially admits wavelengths of near-infrared light centered at 752 nanometers.

The view was obtained at a distance of approximately 1.4 million miles (2.2 million kilometers) from Saturn and at a Sun-Saturn-spacecraft, or phase, angle of 43 degrees. Image scale is 81 miles (131 kilometers) per pixel.