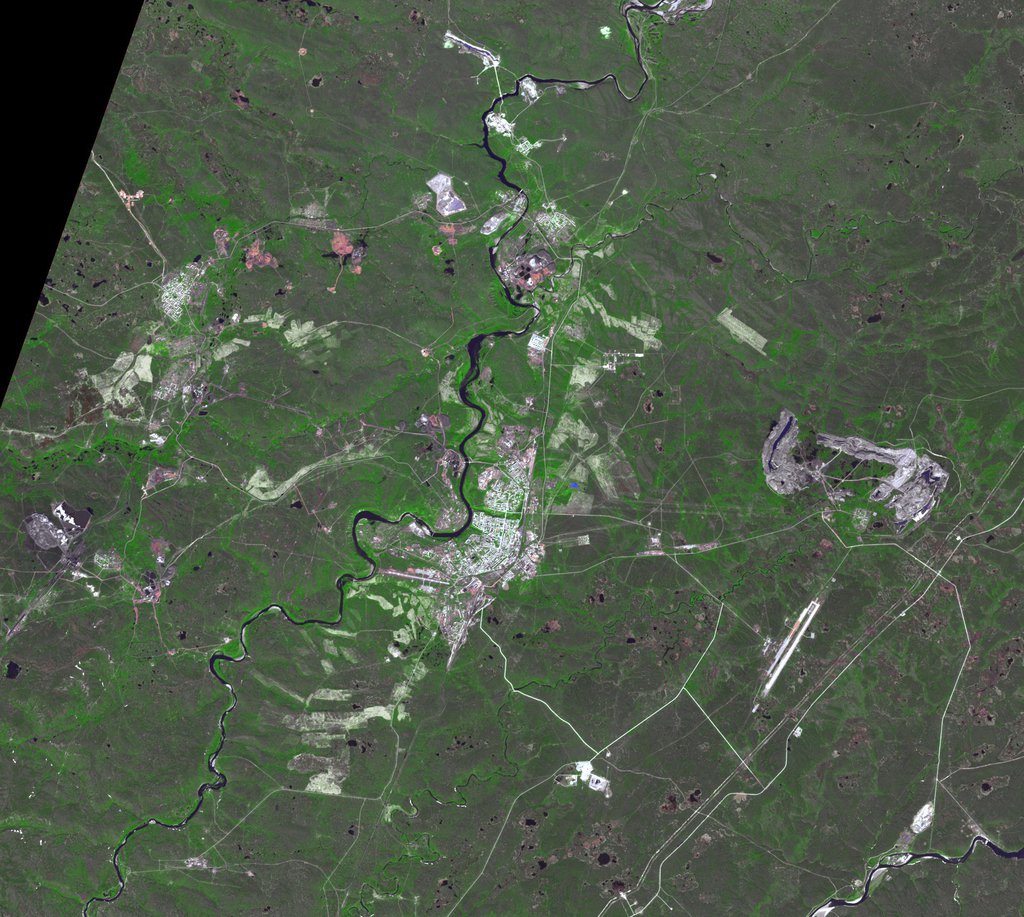 Vorkuta is a coal-mining town in the Komi Republic, Russia. With the fall of the Soviet Union, coal mines were privatized, many were abandoned, and many people began moving to warmer cities. Vorkuta went from a population of over 250,000, to its current level of about 50,000. Adding to its decline, it is the coldest city in all of Europe. The image was acquired July 8, 2017, covers an area of 30.3 by 36.9 km, and is located at 67.5 degrees north, 64 degrees east.