Visible and Infrared Visualization of the Orion Nebula (Artist's Concept) 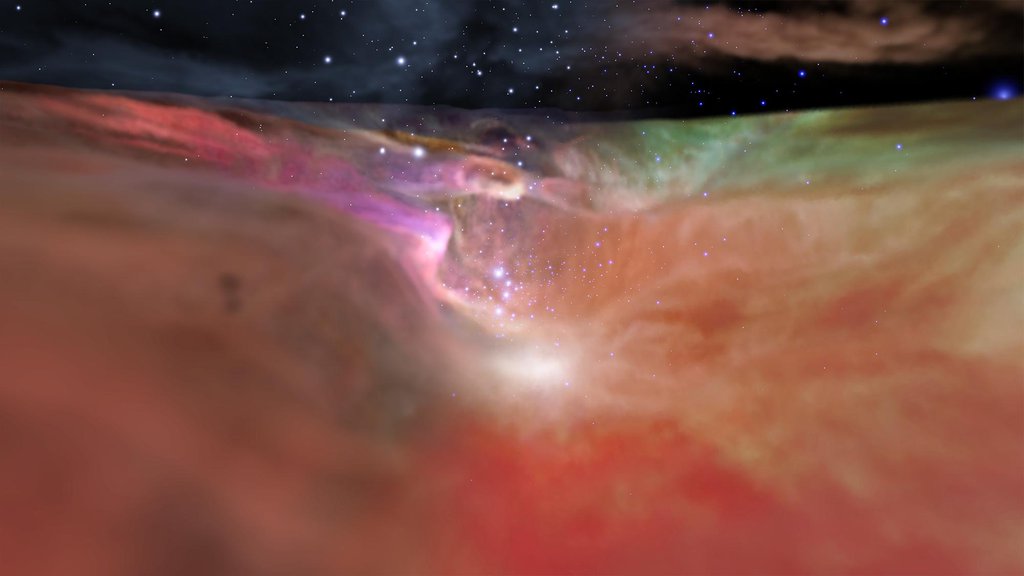 This image showcases both the visible and infrared visualizations of the Orion Nebula. This view from a movie sequence looks down the 'valley' leading to the star cluster at the far end. The left side of the image shows the visible-light visualization, which fades to the infrared-light visualization on the right. These two contrasting models derive from observations by the Hubble and Spitzer space telescopes.