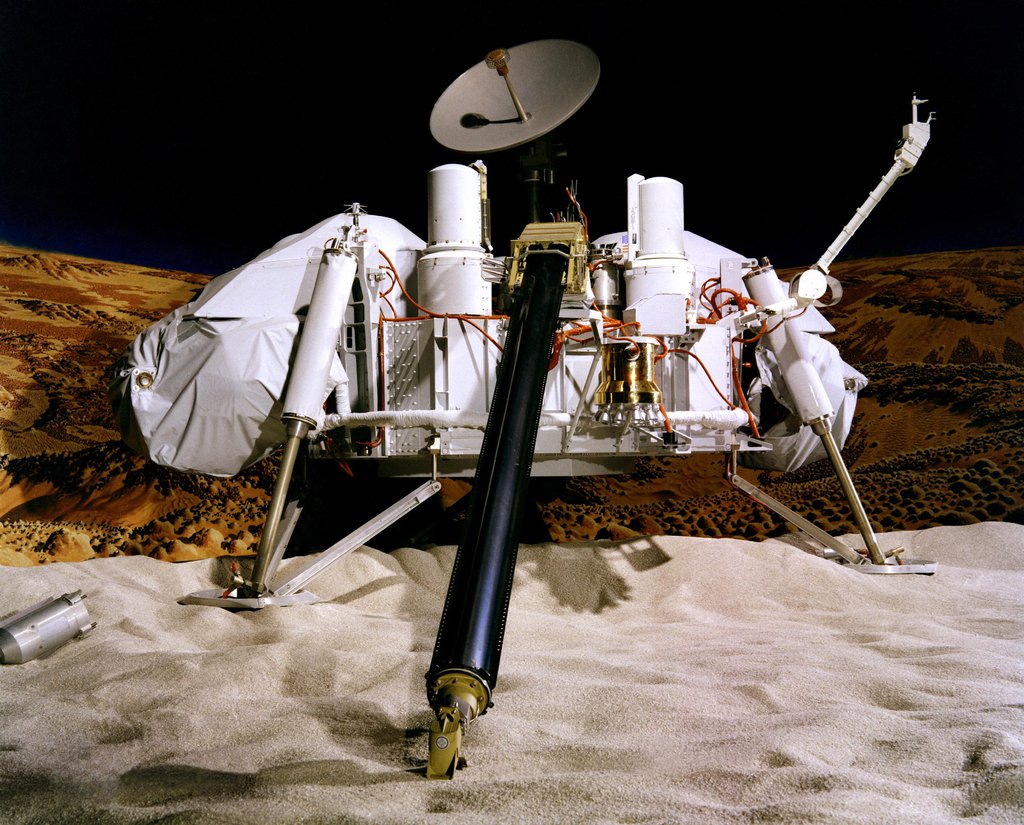 NASA's Viking Project found a place in history when it became the first mission to land a spacecraft successfully on the surface of another planet and return both imaging and non-imaging data over an extended time period. Two identical spacecraft, each consisting of a lander and an orbiter, were built. Each orbiter-lander pair flew together and entered Mars orbit; the landers then separated and descended to the planet's surface.

The Viking 1 Lander touched down on the western slope of Chryse Planitia (the Plains of Gold) on July 20, 1976, while the Viking 2 lander settled down at Utopia Planitia on September 3, 1976.

Besides taking photographs and collecting other science data on the Martian surface, the two landers conducted three biology experiments designed to look for possible signs of life. These experiments discovered unexpected and enigmatic chemical activity in the Martian soil, but provided no clear evidence for the presence of living microorganisms in soil near the landing sites. According to scientists, Mars is self-sterilizing. They believe the combination of solar ultraviolet radiation that saturates the surface, the extreme dryness of the soil and the oxidizing nature of the soil chemistry prevent the formation of living organisms in the Martian soil.

The Viking mission was planned to continue for 90 days after landing. Each orbiter and lander operated far beyond its design lifetime. Viking Orbiter 1 functioned until July 25, 1978, while Viking Orbiter 2 continued for four years and 1,489 orbits of Mars, concluding its mission August 7, 1980. Because of the variations in available sunlight, both landers were powered by radioisotope thermoelectric generators -- devices that create electricity from heat given off by the natural decay of plutonium. That power source allowed long-term science investigations that otherwise would not have been possible. The last data from Viking Lander 2 arrived at Earth on April 11, 1980. Viking Lander 1 made its final transmission to Earth November 11, 1982.