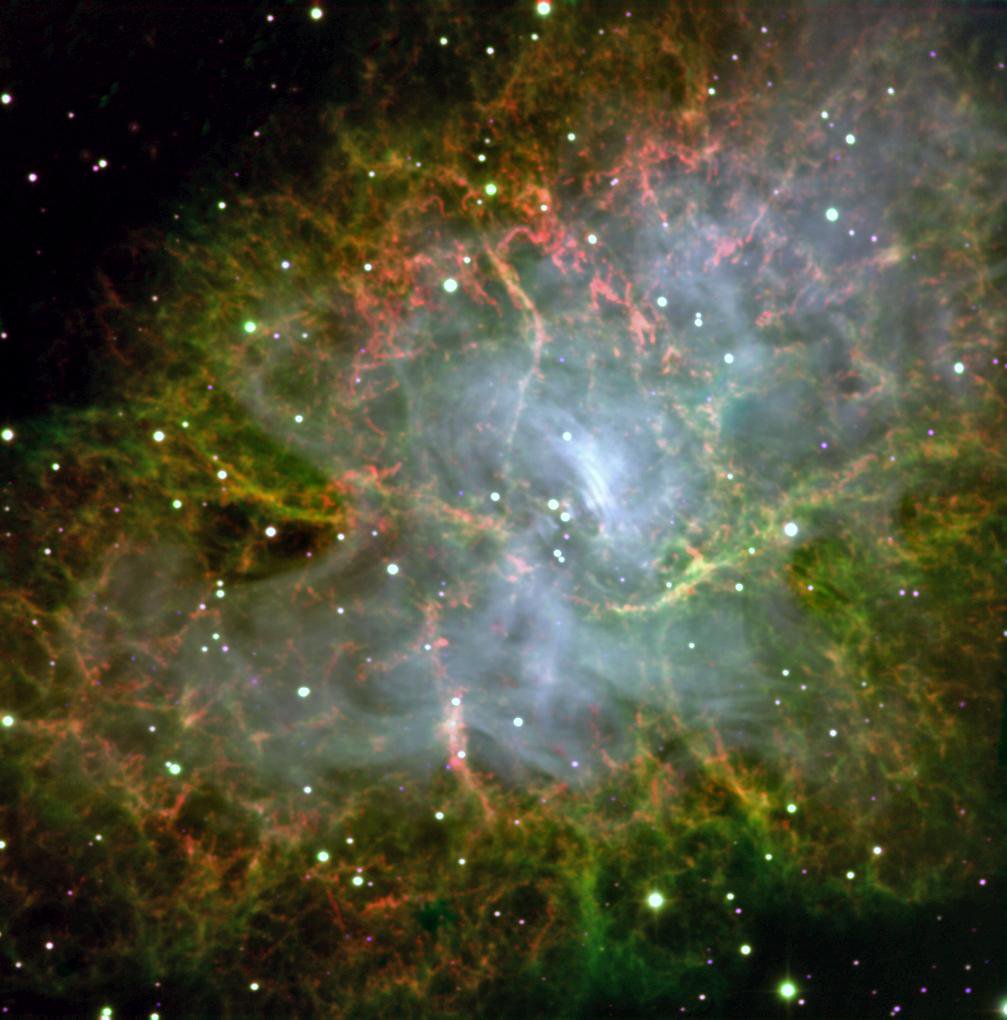 This image of the Crab Pulsar was taken with CHIMERA, an instrument on the Hale telescope at the Palomar Observatory, which is operated by the California Institute of Technology.

This pulsar is the end result of a star whose mass collapsed at the end of its life. It weighs as much as our sun, but spins 32 times per second. The instrument focused on the pulsar for a 300-second exposure to produce a color image.

CHIMERA zoomed in on the pulsar and imaged it very fast, then imaged the rest of the scene slowly to create this image.