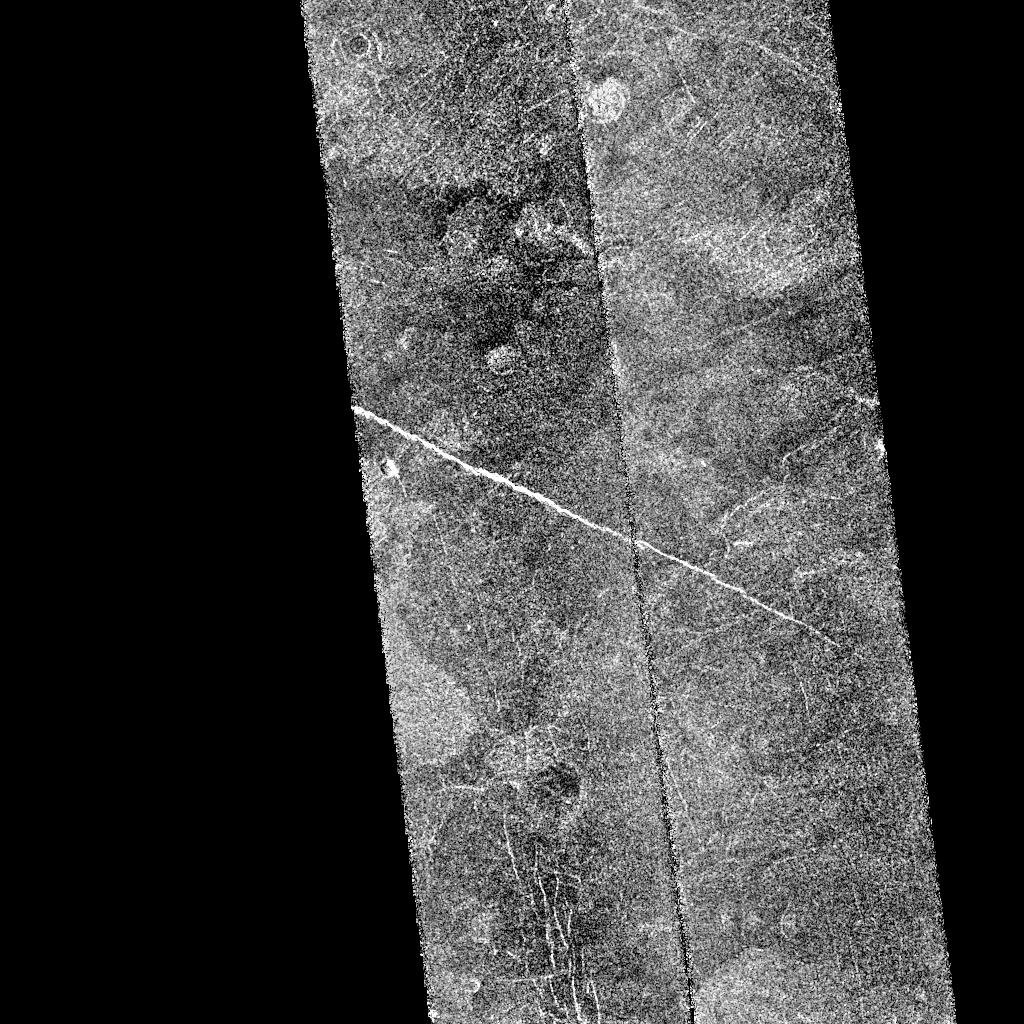 After traveling more than 1.5 billion kilometers (948 million miles), the Magellan spacecraft was inserted into orbit around Venus on Aug. 10, 1990. This mosaic consists of adjacent pieces of two Magellan image strips obtained on Aug. 16 in the first radar test. The radar test was part of a planned In Orbit Checkout sequence designed to prepare the Magellan spacecraft and radar to begin mapping after Aug. 31. The strip on the left was returned to the Goldstone Deep Space Network station in California; the strip to the right was received at the DSN in Canberra, Australia. A third station that will be receiving Magellan data is located near Madrid, Spain. Each image strip is 20 km (12 miles) wide and 16,000 km (10,000 miles) long. This mosaic is a small portion 80 km (50 miles) long. This image is centered at 21 degrees north latitude and 286.8 degrees east longitude, southeast of a volcanic highland region called Beta Regio. The resolution of the image is about 120 meters (400 feet), 10 times better than previous images of the same area of Venus, revealing many new geologic features. The bright line trending northwest southeast across the center of the image is a fracture or fault zone cutting the volcanic plains. In the upper left corner of the image, a multiple ring circular feature of probable volcanic origin can be seen, approximately 4.27 km (2.65 miles) across. The bright and dark variations seen in the plains surrounding these features correspond to volcanic lava flows of varying ages. The volcanic lava flows in the southern half of the image have been cut by north south trending faults. This area is similar geologically to volcanic deposits seen on Earth at Hawaii and the Snake River Plains in Idaho.