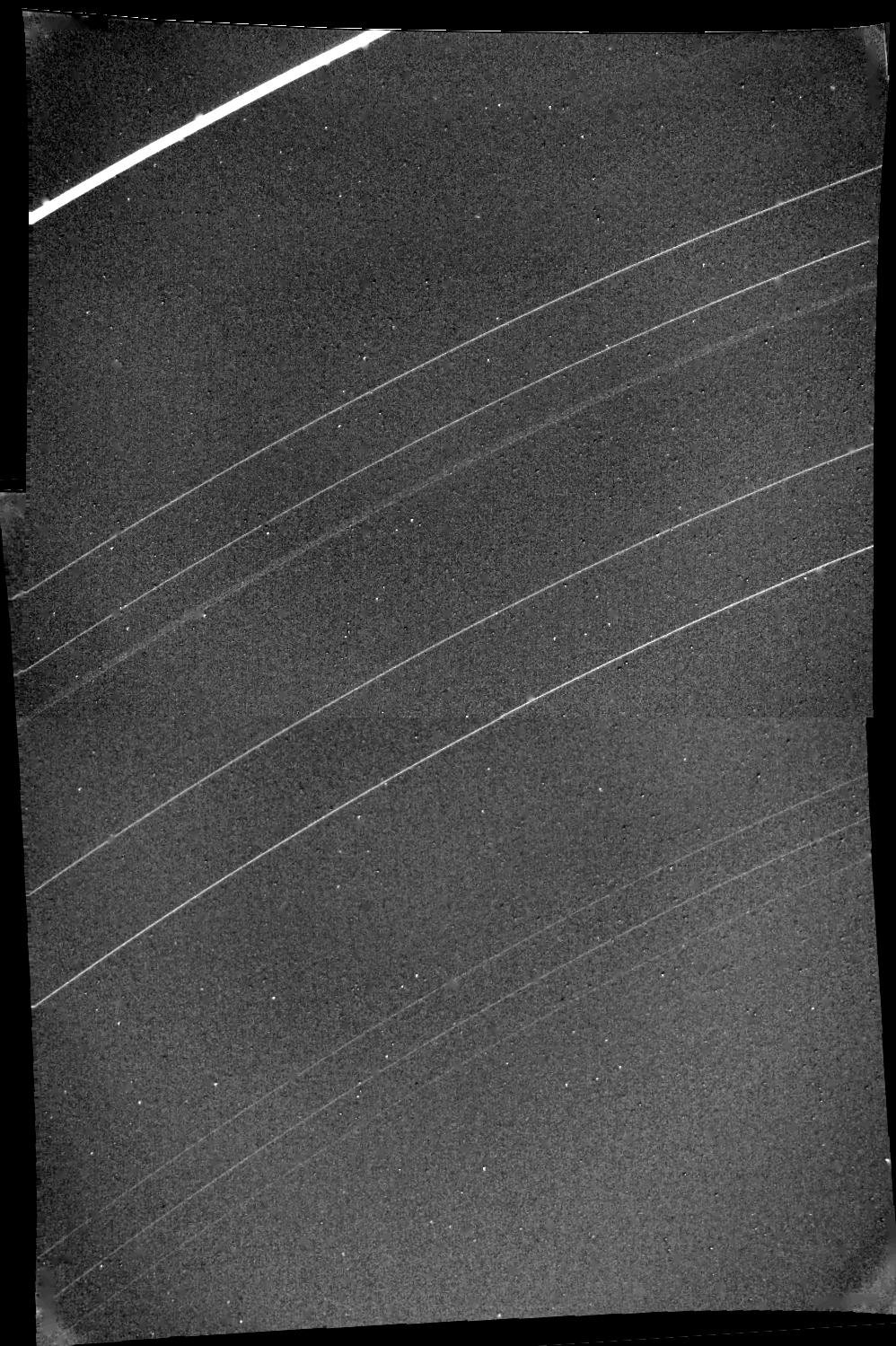 A newly discovered tenth ring of Uranus is barely visible near the top of this two-frame Voyager 2 mosaic. The frames composing this picture were obtained Jan. 23, 1986, from a distance of 1.12 million kilometers (690,000 miles). The tenth ring is about midway between the bright, outermost epsilon ring and the next ring down, called delta. The tenth ring, the first such feature discovered by Voyager, orbits Uranus at a radius of about 50,000 km (30,000 mi). This places the ring close to the orbit of the recently discovered 'shepherd' satellite 1986U7. All nine of the previously known rings of Uranus are visible: epsilon, delta, gamma, eta, beta, alpha, 4, 5 and 6 (from top). This image has been processed to enhance narrow features; the resolution is roughly 10 km (6 mi). Both a bright, narrow inner component and a fainter, extended outer component of the eta ring are distinct in this view. The epsilon ring -- which at this location achieves its maximum width of 100 km (60 mi) -- and the broad component of the eta ring are the only features resolved here. The Voyager project is managed for NASA by the Jet Propulsion Laboratory.