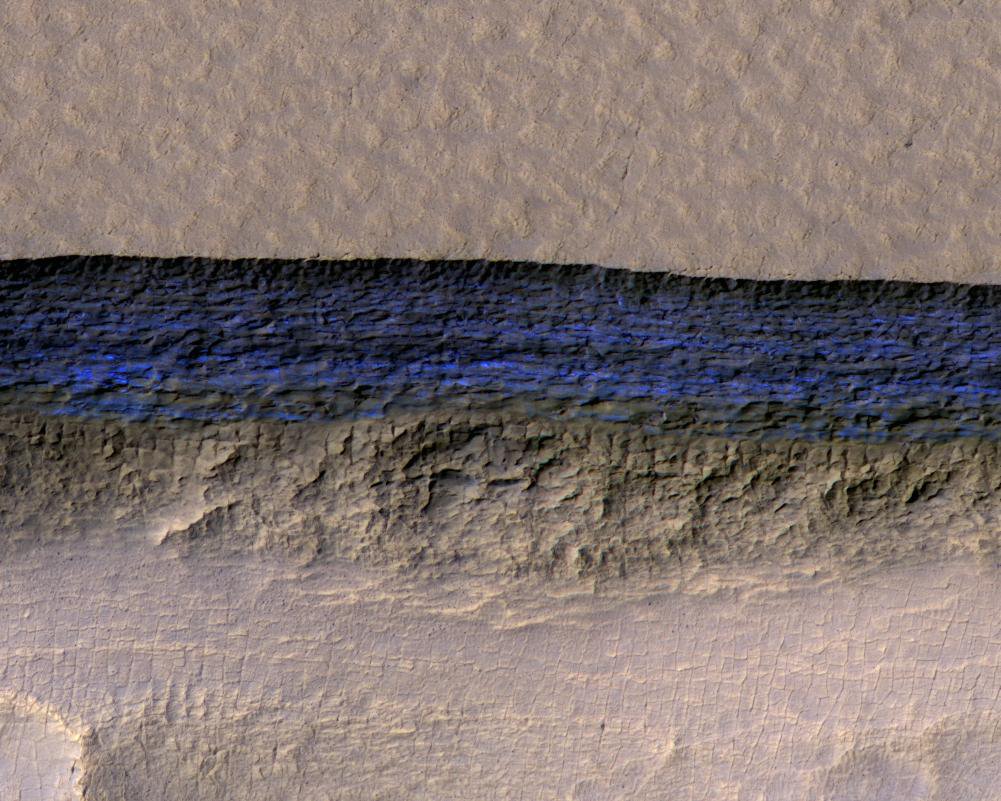 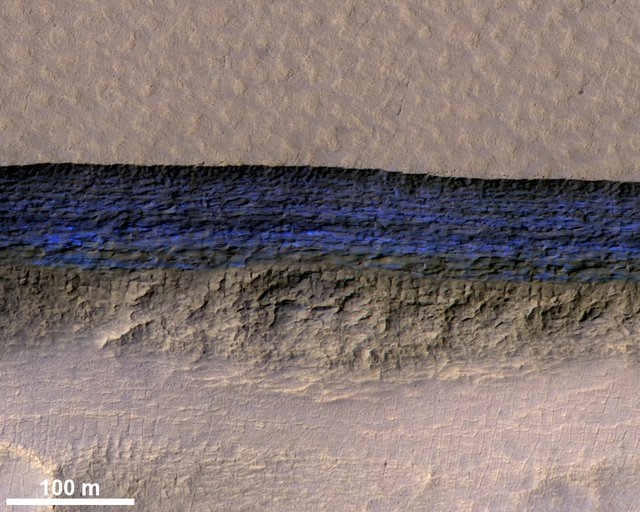 A cross-section of a thick sheet of underground ice is exposed at the steep slope (or scarp) that appears bright blue in this enhanced-color view from the High Resolution Imaging Science Experiment (HiRISE) camera on NASA's Mars Reconnaissance Orbiter.

The view covers an area about 550 yards (500 meters) wide. Figure 1 includes a 100-meter (109-yard) scale bar. North is toward the top. The upper third of the image shows level ground that is about 140 yards (130 meters) higher in elevation than the ground in the bottom third. In between, the scarp descends sharply, exposing about 260 vertical feet (80 vertical meters) of water ice.

Color is exaggerated to make differences in surface materials easier to see. The presence of exposed water ice at this site was confirmed by observation with the same orbiter's Compact Reconnaissance Imaging Spectrometer for Mars (CRISM).